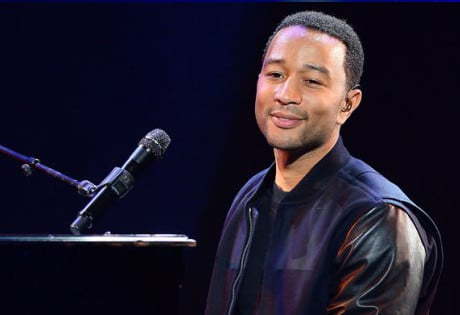 WeddingEntertainment.com makes it easy and trouble-free to check availability and pricing for booking John Legend or any act in the business for your wedding. If we don't book an act for you, our service is free. For over 26 years we have booked and produced thousands of events for our clients worldwide. We can also handle everything necessary to produce the show for one all-inclusive price so there are no surprises. Simply fill out an entertainment request form and a booking agent will contact you to discuss the possibility of booking entertainment for your wedding.

John Legend was born John Roger Stephens in 1978 in Springfield, Ohio. His upbringing as a homeschooled student provided the young John with plenty of opportunities to experiment with music, and he began piano lessons when he was only four years old. When he returned to public school for his high school studies, he excelled at academics and graduated salutatorian, garnering the attention of universities around the nation for potential scholarships.

Ultimately, Legend settled on the University of Pennsylvania, where he studied English and established a jazz and a cappella performing group. John began performing regularly, both with the groups and also in a variety of other capacities (including playing piano for Lauryn Hill), and slowly his music career began to take off. Upon graduating from college, John Legend started writing and recording, and even released a number of independent albums before a fortuitous meeting with Kanye West secured his future as a musician.

Even before signing with Kanye’s label, John Legend contributed vocals to tracks for a number of notable artists, including Jay-Z and Alicia Keys. But his debut album, Get Lifted, was released in 2004 to critical acclaim and commercial success, debuting at number thirteen and eventually certifying gold. The singles “Ordinary People” and “Use to Love U” both charted, and paved the way for other albums and hit singles to follow: Once Again (2006), Evolver (2008), Wake Up (2010), “Save Room,” “Green Light,” “Wake Up Everybody,” and “Shine.” Legend’s music has earned him three Grammys and two NAACP Image Awards, in the categories for Best R&B Song (“Shine”), Best R&B Album (Wake Up!), Best Traditional R&B Vocal Performance, Outstanding Album, and Outstanding Duo Group or Collaboration.

In fact, John Legend’s list of collaborations is just as impressive as his list of achievements as a musician in his own right. Thus far, Legend has worked with: Jay-Z (“Do You Wanna Ride,”); Mary J. Blige (“King & Queen”); Juanes (“Si tu estas ahi”); the Black Eyed Peas (“Like That”); Fergie (“Finally”); Buju Banton (“Can’t Be My Lover”); Kanye West (“Blame Game”); Magnetic Man (“Getting Nowhere”); and Tiziano Ferro (“Karma”), to name a few.

In addition to his work in music, John Legend is also an active supporter of a variety of charitable endeavors, especially those focused on ending poverty worldwide. His Show Me Campaign encourages his fans to donate to help improve the quality of life for Tanzanians, and after reading Jeffrey Sach’s book, The End of Poverty, Legend embarked on a worldwide tour with the author to raise awareness for sustainable development. Legend is also a spokesman for the Gentlemen’s Fund (through GQ Magazine), and has joined the advisory boards for Teach for America, the Harlem Village Academies, and the Education Equality Project.

Most recently, John Legend released his latest album, Love in the Future.  He continues to perform, tour, and raise awareness for global issues.