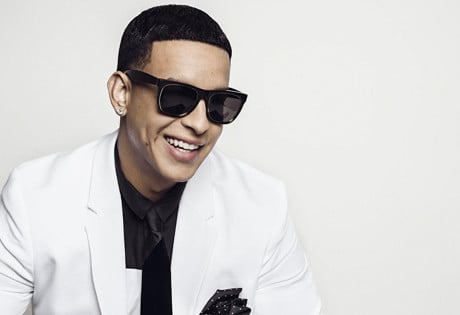 WeddingEntertainment.com makes it easy and trouble-free to check availability and pricing for booking Daddy Yankee or any act in the business for your wedding. If we don't book an act for you, our service is free. For over 26 years we have booked and produced thousands of events for our clients worldwide. We can also handle everything necessary to produce the show for one all-inclusive price so there are no surprises. Simply fill out an entertainment request form and a booking agent will contact you to discuss the possibility of booking entertainment for your wedding.

Daddy Yankee was born Ramon Luis Ayala Rodriguez in 1977 in Puerto Rico. As a young man, he originally fell in love with the sport of baseball, but after a freak accident in which he was shot while coming out of a recording session, his baseball career was officially ended and instead he turned his attention to music full-time. After the release of his debut, No Mercy, in 1995, he went on to release El Cangri.com in international acclaim in 2002, launching his career as a worldwide superstar.

Barrio Fino came next in 2004, garnering Daddy Yankee a number of awards, including nominations at the MTV Video Music Awards and Latin Grammys and year. Since that time, Daddy Yankee has released the albums El Cartel: The Big Boss (2007), Mundial (2010), Prestige (2012), and most recently, El Imperio Nazza: King Daddy Edition (2013.) In addition, Daddy Yankee has released the live albums Ahora le Toca al Cangri! Live (2005) and Barrio Fino en Direto (2005), in addition to contributing to the soundtrack for Talento de Barrio (2008.) With a sound described as “reggaeton,” Daddy Yankee’s music transcends its Latin influences, giving him a tremendous appeal to mainstream audiences. He has been listed as among the 100 most influential people by Time Magazine and recognized with more than eighty awards and nearly three hundred award nominations, including Latin Grammy Awards, Billboard Music Awards, and ASCAP Awards.

In addition to his work in music, Daddy Yankee has appeared in a number of films and produced a few of them as well. He can be seen in Vampiros (2004) and Talento de Barrio (2008), the latter of which has broken records for ticket sales in the Caribbean. Daddy Yankee has also supported and founded a number of charitable organizations, including his own Fundacion Corazon Guerrero.

Daddy Yankee continues to perform, record, and tour. Most recently, he collaborated with Luis Fonsi to crafted the 2017 smash hit, “Despacito,” which became the first Spanish-language song to rise to the number one spot on the Billboard mainstream charts since 1996’s “Macarena.” Daddy Yankee’s next studio album, El Disco Duro, is expected to release in the coming year.