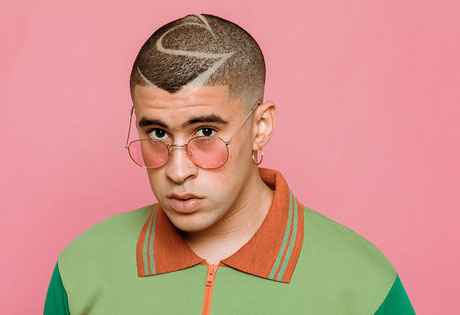 WeddingEntertainment.com makes it easy and trouble-free to check availability and pricing for booking Bad Bunny or any act in the business for your wedding. If we don't book an act for you, our service is free. For over 26 years we have booked and produced thousands of events for our clients worldwide. We can also handle everything necessary to produce the show for one all-inclusive price so there are no surprises. Simply fill out an entertainment request form and a booking agent will contact you to discuss the possibility of booking entertainment for your wedding.

The Puerto Rican Latin Trap performer known as Bad Bunny was born Benito Antonio Martinez Ocasio in 1994. Today, Bad Bunny is known as a unique singer and rapper who uses a specific low, slightly slurred and conversational tone, often blending gender variant behavior in performances. But long before his rise to prominence, Martinez grew up in the Vega Baja area of Puerto Rico, where as a child he dreamed of someday becoming a singer.

Instead, Benito studied audiovisual communication in school and then took odd jobs to make ends meet. While working as a supermarket bagger he began writing and recording his own music, eventually releasing some of it as an independent artist on SoundCloud. It was here that DJ Luian heard his song “Diles” and signed him to his label, Hear this Music. The single was re-recorded with support from fellow artists Farruko and Ozuna and was Bad Bunny’s first single to reach into the Spanish charts.

“Diles” eventually rose to multi-platinum status, but it was “Tu No Vive Asi” that was his first single to reach into the top twenty on the US Latin charts. Other notable singles from Bad Bunny include: “Soy Peor,” “No Te Hagas,” “La Ultima Vez,” “Blockia,” “Tu No Metes Cabra,” “Vuelve,” “Te Bote,” “Sensualidad,” “Solita,” “Amorfoda,” “Dime Si Te Acuerdas,” and “Dime.” But it was the 2018 international hit “I Like It,” recorded with Cardi B and J Balvin,” that truly made Bad Bunny an international star; the single rose to the number on spot on the mainstream charts in the United States and charted in the top ten internationally. Another collaborative single—“Mia,” featuring Drake—also hit the number one spot on the Latin charts in the United States and the number five spot on the mainstream charts.

Bad Bunny has thus far released two albums: X 100 pre (2018) and Oasis, a collaborative album with J Balvin, which was released in the summer of 2019. Thus far, Bad Bunny has been nominated for multiple Latin Grammy Awards, Billboard Latin Music Awards, Billboard Music Awards, BET Hip Hop Awards, and Grammy Awards. He won the 2018 Latin American Music Award for Artist of the Year and recently swept the El Premio ASCAP Awards For Song of the Year and multiple other Winning Songs. In 2019, he won the Billboard Music Award for Top Latin Song, “Te Bote,” and for Top Rap Song, for “I Like It.”