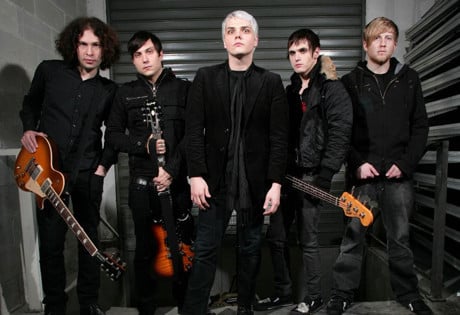 Looking to book My Chemical Romance entertainment for a wedding anywhere worldwide?

WeddingEntertainment.com makes it easy and trouble-free to check availability and pricing for booking My Chemical Romance or any act in the business for your wedding. If we don't book an act for you, our service is free. For over 26 years we have booked and produced thousands of events for our clients worldwide. We can also handle everything necessary to produce the show for one all-inclusive price so there are no surprises. Simply fill out an entertainment request form and a booking agent will contact you to discuss the possibility of booking entertainment for your wedding.

The alternative rock band known as My Chemical Romance was formed shortly after the new millennium, founded by musicians Frank Iero, Gerard Way, Mikey Way, and Ray Toro. The band’s debut album, I Brought You Bullets, You Brought Me Your Love, was released in 2002 and earned My Chemical Romance the attention of Reprise Records, which signed the band in 2003.

In the decade following, My Chemical Romance released the albums Three Cheers for Sweet Revenge (2004), The Black Parade (2006), and Danger days: The True Lives of the Fabulous Killjoys (2010), before disbanding in 2013. The albums spawned the hit alternative singles: “I’m Not Okay (I Promise),” “Helena,” “Under Pressure,” “The ghost of You,” “Welcome to the Black Parade,” “Famous Last Words,” “Teenagers,” “Desolation Row,” “Sing,” and “Bulletproof Heart.”

Although My Chemical Romance is currently not performing or recording any new album material, the individual members of the band have plans to move on to new projects in the near future.