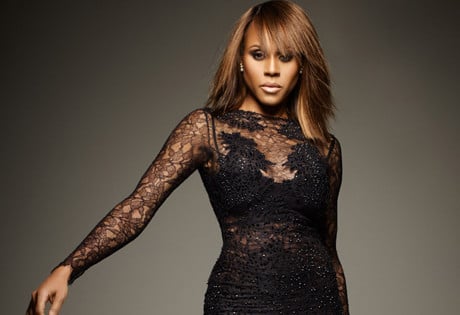 WeddingEntertainment.com makes it easy and trouble-free to check availability and pricing for booking Deborah Cox or any act in the business for your wedding. If we don't book an act for you, our service is free. For over 26 years we have booked and produced thousands of events for our clients worldwide. We can also handle everything necessary to produce the show for one all-inclusive price so there are no surprises. Simply fill out an entertainment request form and a booking agent will contact you to discuss the possibility of booking entertainment for your wedding.

The singer-songwriter and actress Deborah Cox was born in 1974 in Toronto. Young Deborah grew up in the Scarborough area and began her career as a child actress, appearing in commercials and talent shows. As a teenager, Deborah performed in various night clubs around Toronto, and in the early 1990’s, she served as one of Celine Dion’s backup vocalists. In 1994, Cox moved to Los Angeles, where she garnered the attention of Arista Records and signed her first recording contract.

Deborah Cox’s self-titled debut album arrived in 1995, although the album experienced only moderate success. Before completing her sophomore attempt, Cox earned a bit of recognition for the song “Things Just Ain’t the Same,” which appeared in the film Money Talks (1997.) With her big breakthrough just on the horizon, the song brought her to the attention of mainstream music listeners, and paved the way for One Wish, which arrived in 1998.

One Wish was a smash success for Deborah, spawning the number one hit “Nobody’s Supposed to Be Here” and bringing the album to platinum status. Another single, “Absolutely Not,” which appeared on the soundtrack for Dr. Dolittle 2, arrived shortly thereafter, followed by a collaboration with Whitney Houston on her song “Same Script, Different Cast.” Since that time, Deborah Cox has released the additional albums: The morning After (2002), Destination Moon (2007), and The Promise (2008), giving audiences the top twenty R&B and dance singles: “It’s Over Now,” “We Can’t Be Friends,” “I Never Knew,” “Mr. Lonely,” “Play Your Part,” “House is Not a Home,” “Beautiful U R,” “If It Wasn’t For Love,” and “Higher.”

Currently, Deborah Cox is considered to one of Canada’s most successful R&B artists, with twelve number one hits on Billboard’s Hot Dance Club chart. She has been recognized with multiple Juno Award nominations and three wins for Best R&B Soul Recording (1996, 1998, and 1999.) Deborah Cox continues to perform and record; she has also appeared on Broadway in the stage production of Aida, and occasionally appears in films.