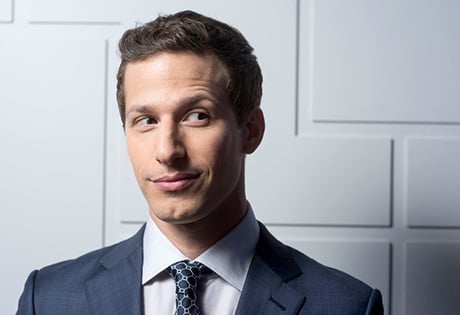 WeddingEntertainment.com makes it easy and trouble-free to check availability and pricing for booking Andy Samberg or any act in the business for your wedding. If we don't book an act for you, our service is free. For over 26 years we have booked and produced thousands of events for our clients worldwide. We can also handle everything necessary to produce the show for one all-inclusive price so there are no surprises. Simply fill out an entertainment request form and a booking agent will contact you to discuss the possibility of booking entertainment for your wedding.

Comedian Andy Samberg was born in 1978 in Berkeley, California. As a child, Samberg was fascinated by the show Saturday Night Live and often watched with his parents. As a teenager, Andy took creative writing classes and began to consider a career as a writer, but after graduating from high school, he went on to study film at New York University’s Tisch School of the Arts, graduating with his degree in 2000.

Samberg’s gift for comedy became apparent while in New York, and while in college he began writing his own sketches, recording them, and uploading to YouTube. A series of his videos which appeared on TheLonelyIsland.com eventually garnered Andy interest, and within a year of signing with his first agent he landed his breakthrough role on Saturday Night Live.

Andy Samberg joined SNL in 2005 as both a member of the writing staff and featured player. Notable skits include his collaboration with Justin Timberlake on the sketch “Dick in a Box,” which also earned Samberg a Creative Arts Emmy. Samberg remained with the show until 2012. During those years, Samberg’s film career also grew, with notable appearances in I Love You, Man (2009), Friends with Benefits (2011), and That’s My Boy (2012.)

Most recently, Andy Samberg has become known for his role on the television series Brooklyn Nine-Nine, in the role of Jake Peralta. His work on the show has earned him multiple awards and nominations, including two Golden Globe Awards, an American Comedy Award, and a Satellite Award.