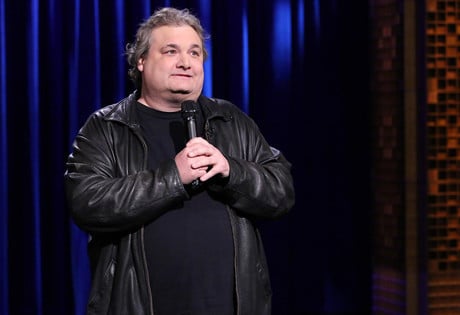 WeddingEntertainment.com makes it easy and trouble-free to check availability and pricing for booking Artie Lange or any act in the business for your wedding. If we don't book an act for you, our service is free. For over 26 years we have booked and produced thousands of events for our clients worldwide. We can also handle everything necessary to produce the show for one all-inclusive price so there are no surprises. Simply fill out an entertainment request form and a booking agent will contact you to discuss the possibility of booking entertainment for your wedding.

Arthur “Artie” Lange, Jr. was born in 1967 in Livingston, New Jersey. He grew up in a working class household, and following the early death of his father, Artie went to work to help support he family. Nevertheless, he began performing stand-up when he was only nineteen, and co-founded an improv troupe which began performing to sell-out crowds in Manhattan. The success of the troupe led to the William Morris Agency’s interest in Lange, and Artie found himself with an agent.

Artie Lange joined the cast of MADtv in 1995 and moved to Los Angeles, where he remained with the cast for two seasons. His substance abuse struggles led to him leaving the show, but after successfully completing his treatment program, he accepted a role in the film Dirty Work (1998.) The role rebooted Lange’s career, and he joined the cast of The Norm Show for its short-lived single season. The Howard Stern Show came next, and Artie remained with the cast until it left the air at the end of the millennium’s first decade.

Since that time, Artie Lange has been making audiences laugh through a variety of mediums. He released It’s the Whiskey Train (2004) and Jack and Coke (2009), and published his first book, Too Fat to Fish, in 2008; the work was met with enormously positive reception, debuting at number one on the best seller list. He also produced and wrote his own film, Artie Lange’s Beer League in 2006, and returned to radio in 2011 to co-host the Nick & Artie Show alongside Nick DiPaolo.

Artie Lange continues to perform. He spent two years recently hosting his own podcast, The Artie Quitter Podcast, and spend much of 2016 writing his next and third book, expected to arrive in 2017. In the fall of that same year, Artie began co-hosting The Artie and Anthony Show. Artie’s most recent appearance was in a recurring role on the HBO series Crashing; he left the show in 2017 to embark on other pursuits.