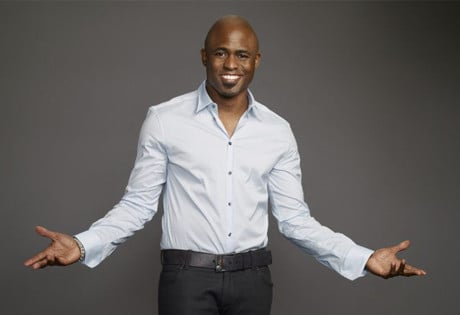 Look no further than WeddingEntertainment.com! We make it easy and stress-free to check availability and pricing for booking Wayne Brady or any other act in the business. With over 26 years of experience in the industry, we have booked and produced thousands of events for clients worldwide.

Wayne Brady was born in 1972 and grew up in Orlando, Florida. Although best known for his role on the show Whose Line is It Anyway?, Brady began performing stand-up while still in his teens. After graduating from a local high school which a well-known program dedicated to the performing arts, he attended the University of Miami before moving out to Los Angeles to pursue a career in comedy.

After joining the cast of Whose Line is It Anyway?, Brady went on to launch the Wayne Brady Show, which earned multiple Emmy Awards. He also appeared on the Drew Carey Show, and in 2004 Wayne Brady joined the cast of the Broadway musical Chicago. Other appearance from Brady include: Reno 911!, Chappelle’s Show, How I Met Your Mother, Everybody Hates Chris, and serving as host for the shows That’s What I’m Talking About, Celebrity Duets, Don’t Forget the Lyrics, Let’s Make a Deal, and Vinyl Justice. He also appeared in the television movie The List in 2007, and most recently on the improv show Trust Us with Your Life.

In addition to his contributions to television, Wayne Brady performs in his own Vegas show at the Venetian Hotel, and he recently released his own debut album, A Long Time Coming, in 2008. On the album, Brady covers the Sam Cooke song “A Change is Gonna Come,” and the single earned  him a Grammy nomination for Best Traditional R&B Vocal Performance.

Wayne Brady is an active supporter of a number of charities, especially Ronald McDonald House Charities. He continues to perform stand-up and appear in films and on television.