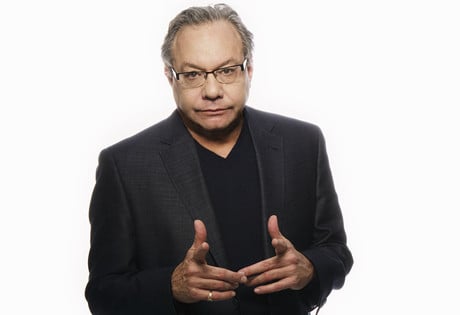 WeddingEntertainment.com makes it easy and trouble-free to check availability and pricing for booking Lewis Black or any act in the business for your wedding. If we don't book an act for you, our service is free. For over 26 years we have booked and produced thousands of events for our clients worldwide. We can also handle everything necessary to produce the show for one all-inclusive price so there are no surprises. Simply fill out an entertainment request form and a booking agent will contact you to discuss the possibility of booking entertainment for your wedding.

Lewis Black was born in 1948 in Silver Spring, Maryland. After attending the University of Maryland, and then the University of North Carolina at Chapel Hill, he earned his Masters of Fine Arts in Drama from Yale and began working as a playwright in New York City. His work on hundreds of plays led to his eventual pursuit of a career in stand-up comedy, perfecting a style which often addresses the social ills and frustrations of the modern era, culminating in an on-stage rant which borders on a simulated nervous breakdown.

By the late 1990’s, Lewis Black had appeared in his first Comedy Central Presents special, and a series of roles in film and television followed. He appeared on the shows Homicide: Life on the Street, Mad About You, and Law & Order: Special Victims Unit, The Big Bang Theory, and also in the films The Happy Elf (2005), Accepted (2006), Man of the Year (2006), and Farce of the Penguins (2007.) Black has also appeared in his own HBO special, Black on Broadway, in 2004, and performed for the HBO special Red, White, and Screwed in 2006. He also filmed a series of shows at the Fillmore in Detroit in 2009, which became the foundation for Stark Raving Black, released to theaters a year later. Other CD and DVD releases by Lewis Black include: Unleashed (2002), Rules of Enragement (2003), The Carnegie Hall Performance (2006, which earned him a Grammy nomination), A Pair of Lewis Black Shorts (2006), Anticipation (2008), and The Prophet (2011.)

In addition to his appearance on television and in film, Lewis Black has served as the voice for characters in Duck Dodgers, Harvey Birdman: Attorney at Law, My Gym Partner’s a Monkey, Scooby-Doo! Mystery Incorporated, and Teenage Mutant Ninja Turtles. He continues to perform stand-up regularly and most recently released In God We Rust, which also launched a tour of the same name.