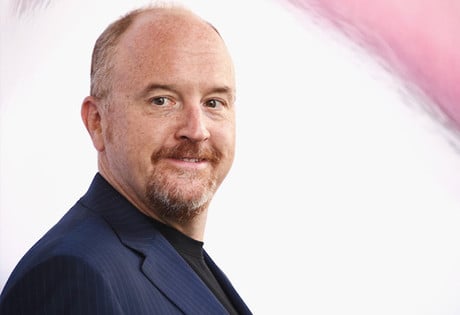 Look no further than WeddingEntertainment.com! We make it easy and stress-free to check availability and pricing for booking Louis CK or any other act in the business. With over 26 years of experience in the industry, we have booked and produced thousands of events for clients worldwide.

Louis Szekely, best known as Louis CK, the star and creator of the FX series Louie, was born in 1967 in Washington, DC. Louis spent his childhood years in Mexico City, but grew up in Massachusetts, where he discovered his interest in writing and comedy as a teenager. Louis CK began performing stand-up in the early 1980’s, frequenting open-mic nights and eventually earning a number of high-profile gigs, including opening for Jerry Seinfeld.

A move to New York City in 1989 solidified his career direction, and CK began writing for a number of big-name comedy shows, including Late Night with Conan O’Brien, the Late Show with David Letterman, The Chris Rock Show, and the Dana Carvey Show. Frequent appearances on these showed followed, and his writing earned him multiple Emmy nominations, leading to his writing of the script for Pootie Tang. He also began performing stand-up more frequently, appearing on Evening at the Improv and Star Search, which eventually led to his HBO special in 1996.

Louis CK is currently most associated with the television show Louis, but he originally developed another television show, Lucky Louie, for HBO in 2006. Lucky Louie ran for only one season, but three years later, in 2009, his television show Louie was picked up by FX, and has been enormously successful ever since. The show features Louis CK’s brazen brand of comedy, addressing a number of his own real-life experiences, including his marriage and divorce. The show has earned him multiple Emmy nominations and is critically acclaimed.

In addition to his work on stage and television, Louis CK can frequently be heard as a guest on the Bob and Tom radio show and the Opie and Anthony radio show. He continues to perform live regularly, bringing his stand-up to audiences around the nation.