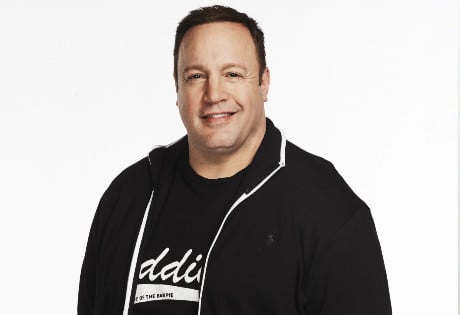 WeddingEntertainment.com makes it easy and trouble-free to check availability and pricing for booking Kevin James or any act in the business for your wedding. If we don't book an act for you, our service is free. For over 26 years we have booked and produced thousands of events for our clients worldwide. We can also handle everything necessary to produce the show for one all-inclusive price so there are no surprises. Simply fill out an entertainment request form and a booking agent will contact you to discuss the possibility of booking entertainment for your wedding.

Kevin James was born in 1965 in Mineola, New York. After growing up on Long Island, Kevin attended the State University of New York at Cortland, but instead of completing his course of study, he began experimenting with stand up comedy in the late 1980’s, and quickly discovered that he’d found his calling. Appearances doing stand up on shows such as David Letterman, the Tonight Show with Jay Leno, Dennis Miller Live, and the Ellen DeGeneres Show led to a strong following and instant success.

After moving to Los Angeles, James began working with Ray Romano, frequently guest-starting on his show Everybody Loves Raymond. Eventually, he earned his own sitcom, The King of Queens, which became the show with which he is still most frequently associated with today. The show earned Kevin James an Emmy for Outstanding Lead Actor in a Comedy Series in 2006.  Around the same time, Kevin James began a film career that would equal the success of his television show. Kevin’s debut, in the Will Smith film Hitch, was a smash hit in 2005, and led to a series of additional movie roles: I Now Pronounce You Chuck and Larry (2008), You Don't Mess with the Zohan (2008), Paul Blart: Mall Cop (2009), Grown Ups (2010), The Dilemma (2011), Zookeeper (2011), and Here Comes the Boom (2012.)

Most recently, Kevin James has hosted the Nickelodeon Kids’ Choice Awards in 2010. He is scheduled to re-host again in 2013.