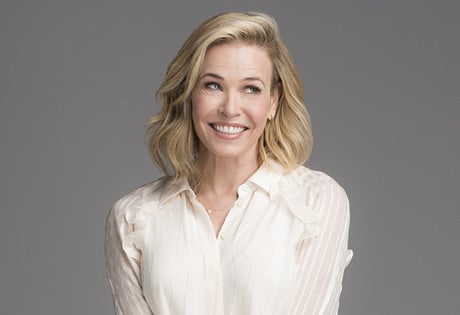 Look no further than WeddingEntertainment.com! We make it easy and stress-free to check availability and pricing for booking Chelsea Handler or any other act in the business. With over 26 years of experience in the industry, we have booked and produced thousands of events for clients worldwide.

Chelsea Handler was born in 1975 in Livingston, New Jersey. She was still in her teens when she moved to Los Angeles to fulfill her dream of becoming an actress, and found that she had a talent for comedy. She began performing stand-up around town, and by the new millennium, she’d established a name for herself.

Chelsea Handler began her own late night talk show on the E! network in 2007. The show has been an enormous hit, despite the fact that Handler welcomes a variety of guests, including lesser known celebrities and non-celebrities. Even with the show’s success, Chelsea Handler has continued to perform live and on other programs, including Spy TV, the Plotters, the Practice, My Wife and Kids, the Bernie Mac Show, Girls Behaving Badly, Reno 911!, and Steam. She serves as a correspondent on The Tonight Show and hosted the 2010 MTV Video Music Awards. In addition, her stand-up comedy tours have been enormously successful, with television broadcasts on networks such as HBO, Comedy Central, and VH1.

In addition to her achievements in front of the camera and on the stage, Chelsea Handler has four books, three of which rose to number one on the New York Times Best Seller List:  My Horizontal Life: A Collection of One-Night Stands (2005), Are You There, Vodka? It’s Me, Chelsea (2008), Chelsea Chelsea Bang Bang (2010), and Lies That Chelsea Handler Told Me (2011.) The books have spawned other projects, including the NBC sitcom Are You There, Chelsea?

Chelsea Handler has been ranked on Maxim’s Hot 100 List, and has been listed by Time as one of the Most Influential People of 2012. That same year, she received the Comedy Person of the Year Award at the Just for Laughs festival. Handler is also an active supporter of LGBT rights and has been recognized by the Human Rights Campaign for her exceptional efforts in this area.