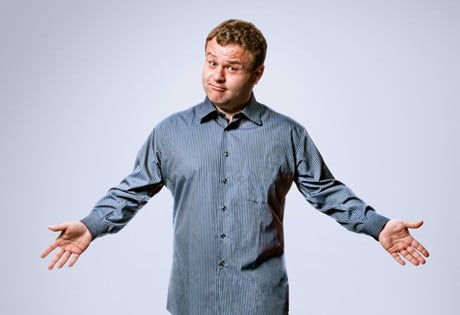 WeddingEntertainment.com makes it easy and trouble-free to check availability and pricing for booking Frank Caliendo or any act in the business for your wedding. If we don't book an act for you, our service is free. For over 26 years we have booked and produced thousands of events for our clients worldwide. We can also handle everything necessary to produce the show for one all-inclusive price so there are no surprises. Simply fill out an entertainment request form and a booking agent will contact you to discuss the possibility of booking entertainment for your wedding.

Frank Caliendo was born in 1974 in Chicago, Illinois. After graduating from the University of Wisconsin, Caliendo took the stage, performing stand-up at local open-mic nights and comedy clubs. His talent for dead-in impersonations helped him to establish a following, and by the new millennium, Frank had made his television debut on Hype, the comedy series, and then quickly after joined the cast of MADtv.

On MADtv, Frank Caliendo honed his talent for impersonations, bringing audiences impressions of Charles Barkley, Robin Williams, Jim Rome, William Shatner, Bill Clinton, George W. Bush, and John Madden, the latter of which has become his signature impersonation.  Caliendo remained with the show until 2006, during which time he also brought his talents to a number of other shows and films, including: Hot in Cleveland (2001), Comedy Festival Presents: Funniest Movies of the Year (2008), The Comebacks (2007), Mind of Mencia (2005), Late Friday (2001), and of course MADtv and Hype. Frank has performed on nearly all of the most significant talk show programs, including Late Show with David Letterman, Late Night with Conan O’Brian, the Late Late Show with Craig Ferguson, and The View. He has also had his own feature show on Comedy Central, and in 2003, Caliendo began his work with Fox NFL Sunday.  On Fox NFL Sunday, Frank Caliendo’s John Madden impersonation became nearly legendary. He remained with the show until very recently, when in 2012 he announced that he would not be joining the show for future seasons.

Most recently, Frank Caliendo showcased his talents on his own show, Frank TV, which aired on TBS for two seasons. He has released six CDs thus far, including: Make the Voices Stop (2002), Frank on the Radio (2003), Frank on the Radio 2, Vol 1 & 2 (2007), All Over the Place (2008), and National Lampoon Live: Unleashed (2009.) Caliendo enjoyed a two-year run performing at the Monte Carlo in Vegas, and since 2011 he has focused on touring and live performances.