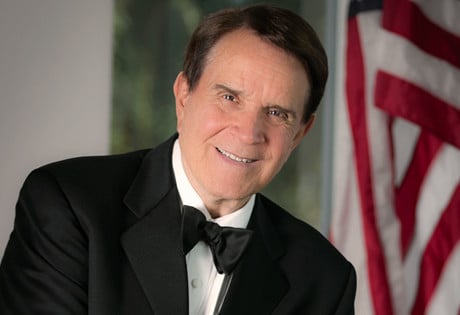 WeddingEntertainment.com makes it easy and trouble-free to check availability and pricing for booking Rich Little or any act in the business for your wedding. If we don't book an act for you, our service is free. For over 26 years we have booked and produced thousands of events for our clients worldwide. We can also handle everything necessary to produce the show for one all-inclusive price so there are no surprises. Simply fill out an entertainment request form and a booking agent will contact you to discuss the possibility of booking entertainment for your wedding.

Richard “Rich” Little was born in 1938 in Ontario, Canada. Little learned the art of impression at an early age, when in his teens he began perfecting his vocal impersonations of the local Ottawa mayor and the current prime minister. By the time he was seventeen, Rich was performing in local clubs and bars, honing his craft. A gig as a disc jockey followed, until a fortuitous turn of events led to an invitation by Mel Torme to audition for a variety show currently in development. The show was The Judy Garland Show, and Rich Little was offered the job. He debuted in 1964, and his popularity began to grow very quickly.

Within only a few years, Rich Little’s experience had expanded to include characters roles on television (including Love on a Rooftop), similar roles in film (including That Girl), and appearances on shows such as The Tonight Show, the Dean Martin Celebrity Roasts, the Julie Andrews Hours, and the ABC Comedy Hour. Little’s dead-on impersonations of notable figures such as Richard Nixon led to his recognition as Comedy Star of the Year in 1974, and for the remainder of the decade, Rich Little’s comedic presence was nearly ubiquitous.  Little’s success continued into the 1980’s and beyond, and he even provided character voice for films such as the Curse of the Pink Panther (1983.) In the new millennium, Rich Little hosted the White House Correspondents’ Association dinner in 2007 and has served as a character voice for the highly rated animated series Futurama.

In addition to his achievements in comedy, television, and film, Rich Little is an active supporter of a number of charities, including the Children’s Miracle Network and the Juvenile Diabetes Fund. He continues to perform, with no sign of slowing down.