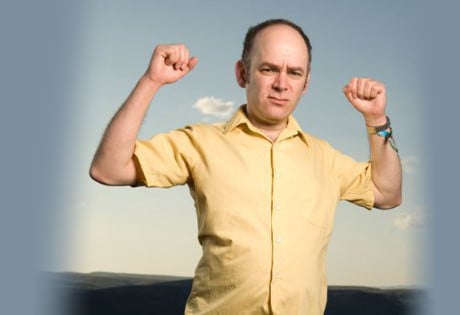 Look no further than WeddingEntertainment.com! We make it easy and stress-free to check availability and pricing for booking Todd Barry or any other act in the business. With over 26 years of experience in the industry, we have booked and produced thousands of events for clients worldwide.

Todd Barry was born in 1964 in New York. He is most frequently associated with his semi-recurring role on the television show Dr. Katz, on which he’s appeared sixteen times to date. However, Barry’s career actually began with his own Comedy Central Presents show which aired in 1999, and immediately following, he began writing comedy and appearing in a number of films and television shows.

Todd Barry’s first writing and directing gig was in the film Borrowing Saffron, which was a special selection at the Woodstock Film Festival in 2002. After that, Barry appeared in Beer League (2006), The Wrestler (2008), Vamps (2012), and Wanderlust (2012), alongside Paul Rudd and Jennifer Aniston. Barry has also been seen in dozens of television shows in addition to his role on Dr. Katz, including: Bored to Death, Wonder Showzen, Lucky Louie, Chappelle’s Show, Spin City, Sex and the City, Tough Crowd with Colin Quinn, Home Movies, The Sarah Silverman Program, Delocated, and Bob’s Burgers.

Currently, Todd Barry can be seen on the FX show Louie. He continues to performs stand-up regularly.