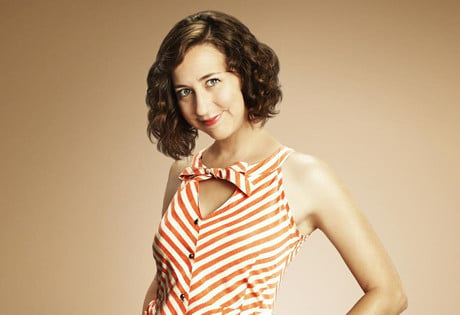 WeddingEntertainment.com makes it easy and trouble-free to check availability and pricing for booking Kristen Schaal or any act in the business for your wedding. If we don't book an act for you, our service is free. For over 26 years we have booked and produced thousands of events for our clients worldwide. We can also handle everything necessary to produce the show for one all-inclusive price so there are no surprises. Simply fill out an entertainment request form and a booking agent will contact you to discuss the possibility of booking entertainment for your wedding.

The actress and comedian Kristen Schaal was born in 1978 in Longmont, Colorado. Schaal grew up on the family cattle farm outside of the Boulder area, until she left for Northwestern University to pursue studies as an actress. After graduating, she moved to New York and began performing around the city at various comedy venues, earning critical acclaim and awards along the way.

Shortly after the turn of the millennium, Kristen Schaal began to appear in small roles, both in film and on television. Her debut was in a small role in the film Kate & Leopold in 2001, after which time she appeared in Adam & Steve (2005) and roles on various television shows, including: Ugly Betty, Six Degrees, Law & Order, and Mad Men. In 2006, Kristen Schaal was offered the role of Mel on the HBO series Flight of the Conchords, a role which has since earned her a nomination for Best Supporting Actress in a Comedy Series.

In addition to Flight of the Conchords, Kristen Schaal has also appeared as a commentator on the Daily Show and in the role of Louise Belcher on the animated series Bob’s Burgers. Additional films featuring Schaal include: When in Rome (2010), Valentine’s Day (2010), Get Him to the Greek (2010), and Butter (2011.) Schaal also published her first book, The Sexy Book of Sexy Sex, in 2010.

Most recently, Kristen Schaal began appearing on the Hulu series The Hotwives of Orlando. She can also be seen on the FOX comedy series The Last Man on Earth, which premiered in 2015.