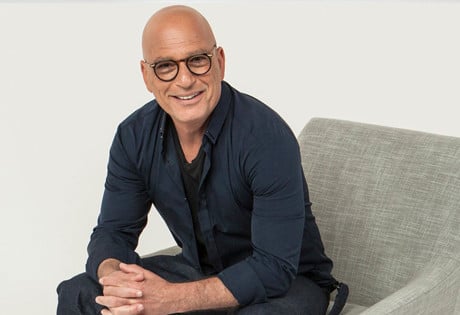 Look no further than WeddingEntertainment.com! We make it easy and stress-free to check availability and pricing for booking Howie Mandel or any other act in the business. With over 26 years of experience in the industry, we have booked and produced thousands of events for clients worldwide.

Howie Mandel was born in 1955 in Toronto, Ontario. A prank while he was in high school led to his ultimate expulsion, but also a good indication of his talent for comedy. After selling carpet for a number of years, he began performing stand-up at a local comedy club, and within a very short amount of time, Mandel had established a reputation for himself that was wildly popular.

In the late 1970’s, Howie visited Los Angeles and brought his popular performance to the Comedy Store, where it was equally well received. After becoming a regular at the venue, a producer spotted him and signed him up for the game show Make Me Laugh. Appearances on David Letterman followed, and by 1980, Howie Mandel had taken his talent to the big screen, earning the costarring role in the movie Gas (1980.) But Mandel’s biggest break was about to come, with his role on St. Elsewhere, a dramatic role that showcased his wide range of talent and brought him six years of success on the show.

While on St. Elsewhere, Howie Mandel continued his comedic roles throughout the 1980’s, including Gremlins (1984), A Fine Mess (1996), Walk Like A Man (1987), and Little Monsters (1989.) In the 1990’s, Mandel created and produced the Bobby’s World, an animated series that ran for nearly a decade and earned multiple Emmy nominations. He continued to appear on a variety of television shows throughout the decade, and he launched his own syndicated talk show in 1998.

In the new millennium, Howie Mandel began to host the show Deal or No Deal, and he has continued to appear in guest roles on a variety of shows, including My Name s Earl, Monk, The Marriage Ref., and The Big Band Theory. Mandel has also served as a judge on Amerca’s Got Talent and most recently showcased his comedic skills in a six-night television special, Take it All, in 2012. He continues to perform stand-up regularly.