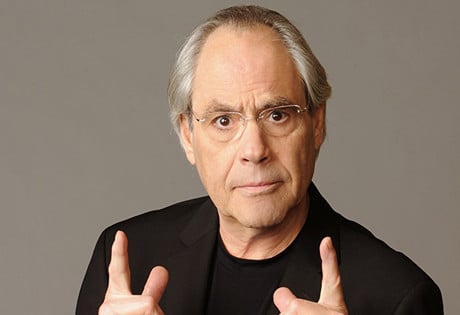 WeddingEntertainment.com makes it easy and trouble-free to check availability and pricing for booking Robert Klein or any act in the business for your wedding. If we don't book an act for you, our service is free. For over 26 years we have booked and produced thousands of events for our clients worldwide. We can also handle everything necessary to produce the show for one all-inclusive price so there are no surprises. Simply fill out an entertainment request form and a booking agent will contact you to discuss the possibility of booking entertainment for your wedding.

Robert Klein was born in 1942 in The Bronx area of New York City. Klein had originally wanted to become a doctor but after graduating from Alfred University, instead chose to enroll in the Yale Drama School and pursue a career as an actor. Klein joined the Second City comedy troupe and began honing his improvisational skills.

In 1970, Robert Klein appeared on Comedy Tonight, and then five years later, he earned his first comedy special on HBO. A role on Broadway in the play They’re Playing our Song followed in 1979, earning him a Tony Award nomination for Best Actor in a Musical. A number of film and television appearances came next for Klein, including: The Owl and the Pussycat, Hooper, Primary Colors, Ira and Abby, Radioland Murders, Two Weeks Notice, One Fine Day, The Safety of Objects, How to Lose a Guy in 10 Days, and Reign Over Me. Robert Klein Time, his own talk show, also ran between 1986 and 1988.

Robert Klein’s comedy albums have been nearly as popular as his films. His debut album, Child of the Fifties, was released in 1972, was followed by Mind Over Matter (1974), New Teeth (1975), and Let’s Not Make Love (1990.) Child of the Fifties became an HBO special titled Child of the 50’s, Man of the 80’s in 1984, and another special stand-up performance, Robert Klein on Broadway, followed in 1986. In total, Klein has been featured in eight specials on the HBO network.

Most recently, Robert Klein published the book The Amorous Busboy of Decatur Avenue: A Child of the Fifties Looks Back (2006), and released a DVD of his HBO specials, titled Robert Klein: The HBO Specials 1975-2005.