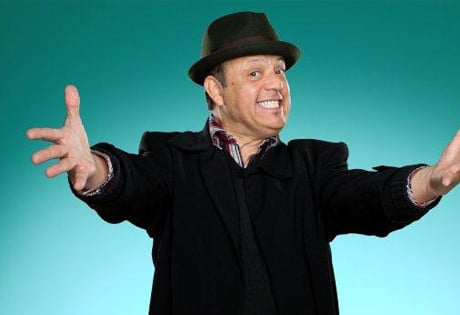 Look no further than WeddingEntertainment.com! We make it easy and stress-free to check availability and pricing for booking Paul Rodriguez or any other act in the business. With over 26 years of experience in the industry, we have booked and produced thousands of events for clients worldwide.

Paul Rodriguez was born in 1955 in Mexico, but moved to Los Angeles when he was a young man. He joined the United States military, and after leaving service considered a career in the field of law. He learned quickly, however, that he had a talent for comedy, and so he instead pursued a career in entertainment.

Rodriguez’s big break came in 1988, when he was selected to host The Newlywed Game. Although the show did not last past one season, it paved the way for future roles for Paul Rodriguez in film. Ultimately, Paul has gone on to star in a number of films, including D.C. Cab, Born in East L.A., Rat Race, Tortilla Soup, Ali, and A Million to Juan. He has also voice characters for Beverly Hills Chihuahua, Dora the Explorer, and King of the Hill. As a stand-up comedian, Paul Rodriguez has performed for several Comic Relief charity specials and even produced the Original Latin Kings of Comedy in 2002.

In addition to his work on stage and in film, Paul Rodriguez currently stars in the MTV series Mis Videos Locos. He has been ranked by Comedy Central on its 100 Greatest Stand-Ups of All Time list, and has won numerous awards for his contributions to comedy entertainment, including two ALMA nominations and an Imagen Award nomination, plus an NCLR Bravo Award for Outstanding Performance by a Male in a Variety or Music Series/Special in for the Latino Laugh Festival in 1996.