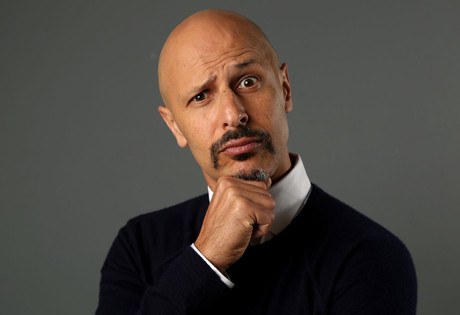 WeddingEntertainment.com makes it easy and trouble-free to check availability and pricing for booking Maz Jobrani or any act in the business for your wedding. If we don't book an act for you, our service is free. For over 26 years we have booked and produced thousands of events for our clients worldwide. We can also handle everything necessary to produce the show for one all-inclusive price so there are no surprises. Simply fill out an entertainment request form and a booking agent will contact you to discuss the possibility of booking entertainment for your wedding.

The Iranian-American comedian known as Maz Jobrani (or, the Persian Pink Panther) was born in 1972 in Tehran. When Jobrani was only six years old, his parents immigrated to the United States, where they settled in the San Francisco Bay area. Maz grew up in the Tiburon area, attending high school and excelling in academics. After entering the University of California at Berkeley, he began to pursue a track of study which earned him a degree in Political Science. Initially, Jobrani had planned to follow his studies with graduate level work at the University of California at Los Angeles, but instead, he decided to pursue a career as an comedian.

Since that time, Maz Jobrani has appeared on nearly every high-profile late night talk show, including: The Colbert Report, the Late Late Show with Craig Ferguson, and The Tonight Show with Jay Leno. Jobrani has also appeared on a number of television shows in small comedic roles, including Malcolm in the Middle, Better Off Ted, and Still Standing. He has also appeared on The West Wing, in the role of a prince from Saudi Arabia. Maz Jobrani is also a frequent guest on the NPR show, Wait Wait… Don’t Tell Me!, and he participates as a host of All Things Comedy, a podcast created alongside fellow comedians Chris Spencer and Al Madrigal.

Maz Jobrani continues to appear in film, on television, and on stage, frequently performing his stand-up live at such notable venues as The Comedy Store. With a focus on the experience and mishaps of Middle Easterners living in America, his unique brand of comedy has at its core a family focus, and has grown in popularity over the years.