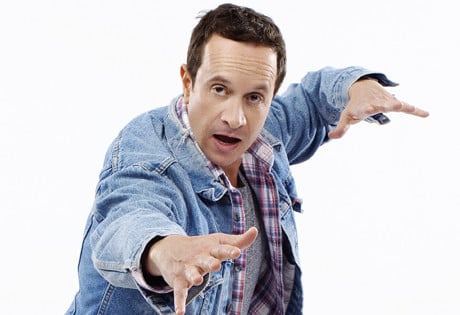 WeddingEntertainment.com makes it easy and trouble-free to check availability and pricing for booking Pauly Shore or any act in the business for your wedding. If we don't book an act for you, our service is free. For over 26 years we have booked and produced thousands of events for our clients worldwide. We can also handle everything necessary to produce the show for one all-inclusive price so there are no surprises. Simply fill out an entertainment request form and a booking agent will contact you to discuss the possibility of booking entertainment for your wedding.

Comedian and actor Pauly Shore was born Paul Montgomery in 1968 in Beverly Hills, California. Pauly’s mother, Mitzi Shore, had founded the famous Comedy Store and his father was a comedian, and so it was no surprise that young Shore would follow in his parents’ footsteps.

Pauly’s comedic debut was at the Alley Cat Bistro in Culver City, shortly before graduating from high school. Under the tutelage of mentor Sam Kinison, Shore began honing his most famous persona, the “Weasel,” and trying it out on various audiences in the Los Angeles comedy club circuit. In 1989, Pauly caught the attention of the MTV network, which gave him his first gig as one of their “VJs.” In addition to hosting the show for the next five years, Shore also became known for his “hosting” of the MTV Spring Break parties each year.

Pauly Shore made his foray into film in 1992, starring in the film Encino Man, although he had appeared in other films in smaller roles prior, including 18 Again! (1988) and Class Act (1992.) Encino Man was followed by appearances in the films Son in Law (1993), In the Army Now (1994), Jury Duty (1995), and Bio Dome (1996.) Although most of the films were panned by the critics, Pauly Shore became an iconic comedian for the era, and he continues to perform and produce well into the new millennium.