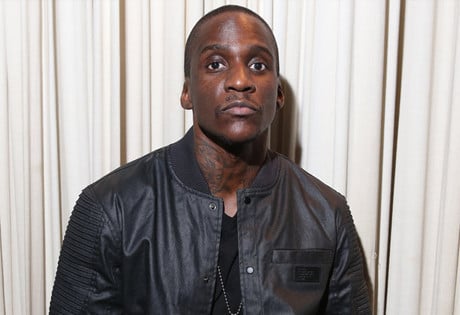 WeddingEntertainment.com makes it easy and trouble-free to check availability and pricing for booking Pusha T or any act in the business for your wedding. If we don't book an act for you, our service is free. For over 26 years we have booked and produced thousands of events for our clients worldwide. We can also handle everything necessary to produce the show for one all-inclusive price so there are no surprises. Simply fill out an entertainment request form and a booking agent will contact you to discuss the possibility of booking entertainment for your wedding.

The artist known as Pusha T was born Terrence Thornton in 1977 in The Bronx section of New York City. Long before he rose to fame as a hip-hop artist, Thornton moved with his family to Virginia, where he grew up harboring dreams of becoming a musician someday. While still a teenager, Terrence established the duo Clipse with his brother, and their talents garnered the attention of Pharell Williams, who helped them in signing to Elektra Records.

The relationship with Elektra was short lived, but Clipse released the album Exclusive Audio Footage in 1997, and Pusha T begane to collaborate with other artists as a featured contributor to such songs as “Good Stuff” (Kelis) and “Run Away (I Wana Be with U)” (Nivea.) By 2004, Clipse was ready to launch their own label, Re-Up Records, and establish a new group, Re-UP Gang, alongside rappers Sandman and Ab-Liva. Their album Hell Hath No Furty arrived in 2006, but by 2009, Pusha T was ready to move on and the group dissolved.

Pusha T instead turned his attention towards a solo career, signing to GOOD Music. His first work under the label was to collaborate with Kanye West on his hit song “Runaway,” before releasing his debut single, “My God,” followed by the mixtape Fear of God. He then released the album Fear of God II: Let Us Pray (2011), followed by Cruel Summer (2012) and My Name is My Name (2013.) Notable singles from Pusha T during this time include: “Millions” (featuring Rick Ross); “Numbers on the Boards”; “Sweet Serenade” (featuring Chris Brown); “Let Me Love You” (featuring Kelly Rowland); and “Nosetalgia” (featuring Kendrick Lamar.)

Pusha T is equally well-known for his featured contribution on singles for other artists, most notably “Like I Love You” (with Justin Timberlake) and “Mercy” (with Kanye West, Big Sean, and 2 Chainz), both of which earned Pusha T Grammy Awards for Best Rap Collaboration, Best Rap Song, and Best Rap Performance. Other notable works which feature Pusha T include: “Milkshake” (with Pharrell and Kelis); “Lose Your Life” (with The Alchemist and Snoop Dogg); “Lovely” (with John West”; “What Do You Take Me For?” (with Pixie Lott); “The Fight of My Life” (with Colin Munroe); “Dope Bitch” (with The-Dream); “Pride N Joy” (with Fat Joe, Trey Songz, and Ashanti); and “Move that Dope” (with Pharrell and Casino.)

Pusha T continues to perform and record. His next album is scheduled for release in the coming months.