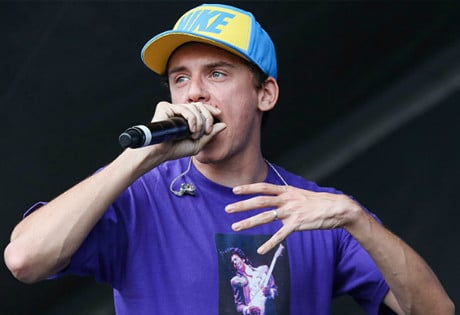 Looking to book Logic entertainment for a wedding anywhere worldwide?

WeddingEntertainment.com makes it easy and trouble-free to check availability and pricing for booking Logic or any act in the business for your wedding. If we don't book an act for you, our service is free. For over 26 years we have booked and produced thousands of events for our clients worldwide. We can also handle everything necessary to produce the show for one all-inclusive price so there are no surprises. Simply fill out an entertainment request form and a booking agent will contact you to discuss the possibility of booking entertainment for your wedding.

The rapper known as Logic was born Sir Robert Bryson Hall II in 1990 in Gaithersburg, MD.  Logic grew up in a challenging home environment, as both parents suffered from addiction and the young artist had very little guidance during his formative years. It wasn’t a surprise when he dropped out of school and left his mother’s home as a teenager, but Logic found solace in music and began to pursue a career as a musician.

In 2009, Logic adopted the moniker Psychological and released his debut mixtape, Psychological: The Mixtape. He garnered some interest in the rap industry, and established himself as an up-and-coming artist, and soon he started to receive offers to open for such notable artists as Method Man, Ludacris, and Pitbull. By 2010, he’d ditched the name Psychological, changing his name to Logic, and released the mixtape Young, Broke, and Infamous, which garnered the attention of the independent record label Visionary Music Group.

Since that time, Logic’s star has been on the rise. He has continued to perform, opening for such artists as Tyler, The Creator, Big Sean, and Kid Cudi, and even launched his own two-month tour, the “Welcome to Forever Tour.” Currently, Logic is putting the finishing touches on his upcoming debut album, but in the meantime fans can enjoy the songs “Now,” “Alright,” and “Finding Forever,” which are expected to appear on the album when it releases.