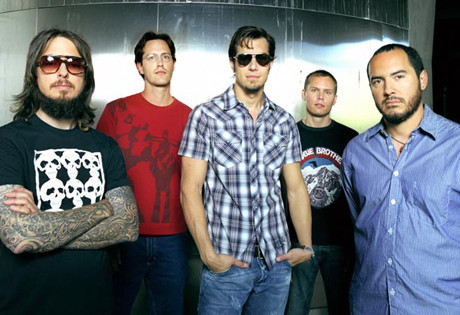 Looking to book 311 entertainment for a wedding anywhere worldwide?

WeddingEntertainment.com makes it easy and trouble-free to check availability and pricing for booking 311 or any act in the business for your wedding. If we don't book an act for you, our service is free. For over 26 years we have booked and produced thousands of events for our clients worldwide. We can also handle everything necessary to produce the show for one all-inclusive price so there are no surprises. Simply fill out an entertainment request form and a booking agent will contact you to discuss the possibility of booking entertainment for your wedding.

The American rock band 311 was established in 1988 in Omaha, Nebraska, founded by vocalist Nick Hexum. After recruiting Chad Sexton, Aaron Wills, and Jim Watson to round out the lineup, 311 released an independently produced EP, Downstairs, featuring the song “Feels So Good.” Two more EPs followed: Unity and Damnit, and by the early 1990’s 311 was headlining shows in various local clubs, garnering local attention and establishing a following.

Eventually, 311 caught the attention of Capricorn Records, which signed the band in 1991. 311’s debut album, Music, arrived two years later. Music was moderately successful, as was the follow-up album (Grassroots), but 311’s biggest breakthrough came with their third album, a self-titled release which featured the song “Down.” “Down” began to receive heavy airplay on mainstream radio, eventually rising to the number one spot on the rock charts. The single “All Mixed Up” also fared well, eventually pushing the album 311 to multi-platinum status.

311 continues to perform and record. The band most recently released the album Stereolithic, featuring the songs “Five of Everything” and “Showdown.” 311 also released the live album 311 with the Unity Orchestra: Live from New Orleans, in 2014.