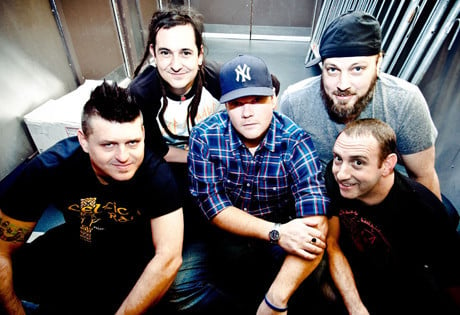 Looking to book Less Than Jake entertainment for a wedding anywhere worldwide?

WeddingEntertainment.com makes it easy and trouble-free to check availability and pricing for booking Less Than Jake or any act in the business for your wedding. If we don't book an act for you, our service is free. For over 26 years we have booked and produced thousands of events for our clients worldwide. We can also handle everything necessary to produce the show for one all-inclusive price so there are no surprises. Simply fill out an entertainment request form and a booking agent will contact you to discuss the possibility of booking entertainment for your wedding.

The ska punk band Less Than Jake was established in the early 1990’s by founding members Peter Wasilewski, Roger Manganelli, Chris DeMakes, and Vinnie Fiorello. Pezcore, Less Than Jake’s debut LP, was released in 1995 and featured a number of songs which would go on to become hits, including “My Very Own Flag” and “Liquor Store.” The album brought Less Than Jake to the attention of Capitol Records, which signed the band in 1996.

Losing Streak was Less Than Jake’s major label debut, released in the same year. By the following year, Less Than Jake had expanded its members and experienced some changes to the lineup, but the band had embarked on a number of major tours along such industry notables as Blink-182. Hello Rockview followed in 1998 as Less Than Jake’s sophomore effort, bringing audiences songs such as “Last One Out of Liberty City” and “All My Best Friends Are Metalheads.” By the new millennium, Less Than Jake had become a ska punk favorite, and for the next decade and beyond, the band released a number of hit albums, including: Borders & Boundaries (2000), Anthem (2003), In With the Out Crowd (2006), and GNV FLA (2008.)

Less Than Jake continues to tour, perform, and record, with the current lineup of Wasilewski, Fiorello, Manganelli, DeMakes, and Buddy “ Goldfinger” Schaub on trombone and backing vocals. Less Than Jake’s most recent album is Greetings and Salutations from Less Than Jake, which arrived in 2012.