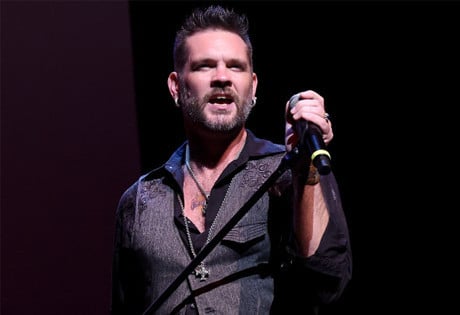 WeddingEntertainment.com makes it easy and trouble-free to check availability and pricing for booking Bo Bice or any act in the business for your wedding. If we don't book an act for you, our service is free. For over 26 years we have booked and produced thousands of events for our clients worldwide. We can also handle everything necessary to produce the show for one all-inclusive price so there are no surprises. Simply fill out an entertainment request form and a booking agent will contact you to discuss the possibility of booking entertainment for your wedding.

Bo Bice was born in 1975 in Huntsville, Alabama, but moved to England when he was a teenager. Bice grew up in the London area and developed an interest in guitar when he was about fourteen, frequently playing with a number of alternative rock bands in the area before forming his first band. By the mid 1990’s, Bo Bice had begun pursuing a full-time career as a musician, performing internationally and establishing a number of bands.

Prior to competing on American Idol, Bo Bice had recorded the albums Ex Gratia (1999) and Recipe for Flavor (2000) with his bands. Although he barely made the age cut-off for the competition (twenty-eight), Bo Bice entered the competition in 2004 as one of the oldest competitors in the show’s history. Bice performed extremely well on the show, drawing acclaim for his renditions of such songs as “In a Dream” and “Whipping Post.”

After finishing in second place on American Idol, Bo Bice signed to RCA Records and released the song “Inside Your Heaven” in 2005. The song rose to the top of the charts and eventually reached gold status. During this time, Bo Bice also performed at a number of music festivals, including Farm Aid and the Bonnaroo Music Festival. Later in 2005, Bo established SugarMoney, his own band, and released the album The Real Thing, which also rose to the top of the charts. Although Bo Bice did not remain with RCA Records, he formed Sugar Money/StratArt, his own record label, and released See the Light as his sophomore effort. The album featured the singles “I Don’t Want to Be,” “Inside Your Heaven,” “Vehicle,” “The Real Thing,” “U Make Me Better,” “Blades of Glory,” and “Witness.”

Since that time, Bo Bice has continued to record and perform, including trips to Afghanistan and Kuwait to perform for American troops in 2008, just before launching his own tour in support of See the Light. Bo Bice most recently released his latest album, 3, in 2010.