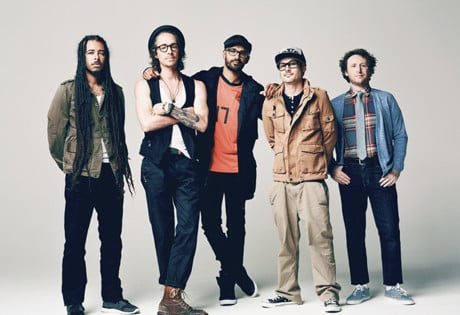 Looking to book Incubus entertainment for a wedding anywhere worldwide?

WeddingEntertainment.com makes it easy and trouble-free to check availability and pricing for booking Incubus or any act in the business for your wedding. If we don't book an act for you, our service is free. For over 26 years we have booked and produced thousands of events for our clients worldwide. We can also handle everything necessary to produce the show for one all-inclusive price so there are no surprises. Simply fill out an entertainment request form and a booking agent will contact you to discuss the possibility of booking entertainment for your wedding.

The American rock band known as Incubus was established in 1991 in Calabasas, California. Founding members Jose Pasillas, Mike Einziger, and Brandon Boyd all met while still in high school, and before graduation they had formed the earliest versions of the band. Incubus began performing around the Los Angeles areas, with growing popularity, bringing them to such venues as The Roxy and Whiskey a Go Go.

In 1995, Incubus recorded and released their debut EP, Let Me Tell Ya ‘Bout Root Beef. The band established its own label prior to the release of their debut album, Fungus Amongus, which garnered them a deal with Epic Records. Epic assigned Incubus as the opening act for Korn later that year, paving the way for the band’s second album, S.C.I.E.N.C.E. The album fared reasonably well, but it was Incubus’s third album, Make Yourself, which brought the band critical acclaim and commercial success.

Make Yourself spawned the singles “Privilege” and “Pardon Me,” the latter of which became even more famous for its acoustic version. The success of that live “unplugged” version brought the album into the charts and spawned the equally successful EP, When Incubus Attacks. Since that time, Incubus has also released the albums: Morning View (2001), A Crow Left of the Murder… (2004), Light Grenades (2006), and If Not Now, When? (2011.) The albums spawned the number-one alternative singles: “Drive,” “Megalomania,” “Anna Molly,” and “Love Hurts.” Additional top ten alternative hits include: “Stellar,” “Wish You Were Here,” “Nice to Know You,” “Warning,” “Talk Shows on Mute,” “Dig,” “Oil and Water,” “Black Heart Inertia,” and “Adolescents.”

Incubus continues to perform and record with the current lineup of Brandon Boyd, Mike Einziger, Jose Pasillas, Chris Kilmore, and Ben Kenney. The band is expected to release another studio album within the next year or two.