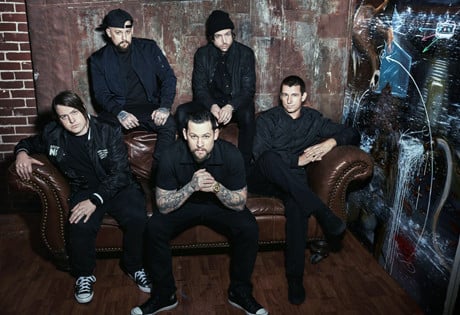 WeddingEntertainment.com makes it easy and trouble-free to check availability and pricing for booking Good Charlotte or any act in the business for your wedding. If we don't book an act for you, our service is free. For over 26 years we have booked and produced thousands of events for our clients worldwide. We can also handle everything necessary to produce the show for one all-inclusive price so there are no surprises. Simply fill out an entertainment request form and a booking agent will contact you to discuss the possibility of booking entertainment for your wedding.

The pop punk band Good Charlotte was formed by Joel and Benji Madden, Paul Thomas, and Billy Martin in the mid 1990’s. The band began performing around the Washington, DC area, in bars and clubs, until the band garnered the attention of record labels and released a self-titled debut album in 2000. Good Charlotte spawned the singles “Little Things,” “Festival Song,” and “Motivation Proclamation” and achieved a moderate level of commercial success, but it was Good Charlotte’s sophomore effort which became the band’s big breakthrough.

The Young and the Hopeless reached multi-platinum status shortly after its release in 2002, giving audiences the hit single “Lifestyles of the Rich and Famous” and the additional songs “Girls & Boys,” “Hold On,” “The Anthem,” and “The Young and the Hopeless.” The albums The Chronicles of Life and Death (2004), Good Morning Revival (2007), and Cardiology (2010) followed, spawning the hits: “Predictable,” “The River,” “Dance Floor Anthem (I Don’t Want to Be in Love),” “Misery,” “Like It’s Her Birthday,” “Sex on the Radio,” Last Night,” and “1979.”

Good Charlotte continued to perform up until 2011 with the addition of Dean Butterworth to the lineup. Although Good Charlotte announced a hiatus in 2011, the band is rumored to have returned to the studio to prepare for another album release soon to come.