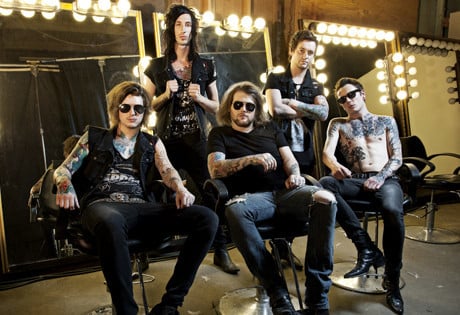 Look no further than WeddingEntertainment.com! We make it easy and stress-free to check availability and pricing for booking Asking Alexandria or any other act in the business. With over 26 years of experience in the industry, we have booked and produced thousands of events for clients worldwide.

The English metal band Asking Alexandria was established in 2008 by founding members Joe Lancaster, Danny Worsnop, and Ben Bruce. Originally, Ben Bruce had formed Asking Alexandria while living in Dubai, United Arab Emirates, with an entirely different lineup of musicians. The band released a debut album, The Irony of Your Perfection, but it did not bring the success Bruce had been hoping for.


After relocating back to Nottingham, England, Bruce teamed up with Worsnop and Lancaster to regroup the band. With the addition of Cameron Liddell, James Cassells, and Ryan Binns, Asking Alexandria became a six-piece band, signed with Sumerian Records, and re-entered the studio to record Stand Up and Scream, considered the true debut album for the group. Stand Up and Scream rose into the top five on the charts in the United States, and also charted in the top forty on the independent and hard rock lists. The album spawned the single “The Final Episode (Let’s Change the Channel)” and set the stage for an extensive tour, in support of such notable acts as Memphis May Fire, The Word, and Evergreen Terrace.


Asking Alexandria followed with Reckless & Relentless in 2011, which gave audiences the singles “Morte et Dabo,” “Breathless,” “Someone, Somewhere,” “Closure,” “To the Stage,” and the title track. But it was the band’s 2013 release, From Death to Destiny, that finally put Asking Alexandria on the mainstream map, with the top forty hits “The Death of Me” and “Break Down the Walls.”


Although Danny Worsnop, Joe Lancaster, and Ryan Binns have left the band, Asking Alexandria continues on its rise with current members Bruce, Cassells, Lidell, Sam Bettley, and Denis Stoff. Asking Alexandria most recently released the top twenty single “I Won’t Give In,” in advance of its next album set for release sometime in 2016. The group also just completed a headlining tour alongside the bands From First to Last, Our Last Night, and We Came as Romans.