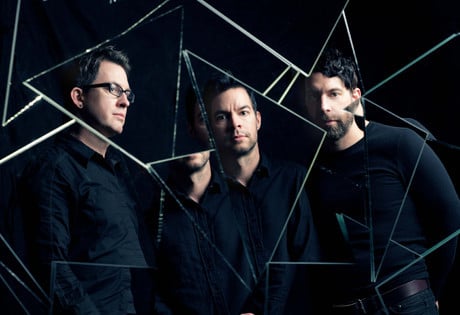 Looking to book Chevelle entertainment for a wedding anywhere worldwide?

Look no further than WeddingEntertainment.com! We make it easy and stress-free to check availability and pricing for booking Chevelle or any other act in the business. With over 26 years of experience in the industry, we have booked and produced thousands of events for clients worldwide.

The rock band Chevelle was founded in 1995 in Chicago by brothers Sam, Joe, and Pete Loeffler. All the Loeffler brothers had been studying music for much of their childhood, using the family garage as a rehearsal room when they were in their teens. Chevelle’s first gigs were performing around local clubs and bars in the city area, and by 1999, the band had signed to a recording contract and released Point #1, their debut album. The album spawned the singles “Mia” and “Point #1,” both of which experienced some commercial success and received critical acclaim.

Chevelle embarked on a number of tours, opening up for such bands as Filter, Sevendust, and Powerman 5000, further expanding their fan base and receiving more exposure. By the turn of the millennium, Chevelle had switched to Epic Records and released a sophomore endeavor, Wonder What’s Next (2002.) This time, the album rose all the way into the top twenty on the album charts and gave Chevelle their first number one hit with the song “Send the Pain Below.” Since then, Chevelle has enjoyed their status as a band on the rise, releasing the additional albums: This Type of Thinking (Could Do Us In) (2004), Vena Sera (2007), Sci-Fi Crimes (2009), and Hats Off to the Bull (2011.) The albums spawned the top twenty Alternative singles: “The Red,” “Closure,” “Vitamin R (Leading Us Along),” “The Clincher,” “Well Enough Alone,” “I Get It,” “The Fad,” “Jars,” “Letter from a Thief,” “Face to the Floor,” and “Hats Off to the Bull.”

Chevelle continues to record, perform, and tour, with the current lineup of Pete Loeffler, Sam Loeffler, and Dean Bernardini. So far, Chevelle has enjoyed sales in excess of four million. The band has plans for future tours and album releases in the next few years.