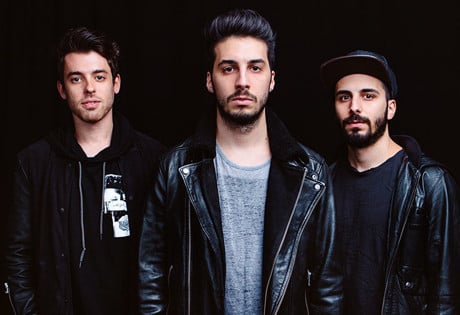 Look no further than WeddingEntertainment.com! We make it easy and stress-free to check availability and pricing for booking Cash Cash or any other act in the business. With over 26 years of experience in the industry, we have booked and produced thousands of events for clients worldwide.

The electronic dance music group known as Cash Cash was established in New Jersey in 2008 by founding members Samuel Frisch, Alex Makhlouf, and Jean Paul Makhlouf. Jean Paul and Sam had previously been members of the group The Consequence in the early 2000’s, but upon the group’s disbanding in 2007 decided to establish a new group, bringing Alex on board.

After signing with Universal Republic Records, Cash Cash released their self-titled debut EP, which rose to number twenty four on the Billboard Heatseekers chart. A debut album, Take it to the Floor, followed in 2008, also rising up into the top forty on the chart. During this time, Cash Cash continued to tour and perform alongside such notable groups as Hey Monday, We the Kings, Kevin Rudolf, Family Force 5, and Breathe California. Songs such as “Party in Your Bedroom” and covers of songs such as “Everytime We Touch” and “Forever Young” brought Cash Cash significant recognition and helped to establish a growing fan base.

Cash Cash is definitely a group on the rise and one to watch. Most recently, Cash Cash released a remix of the song “Alive” ( Krewella), followed by “Safe and Sound” ( Capital Cities.) The group’s single “Take Me Home” arrived in 2013 and rose into the top twenty on the pop charts.