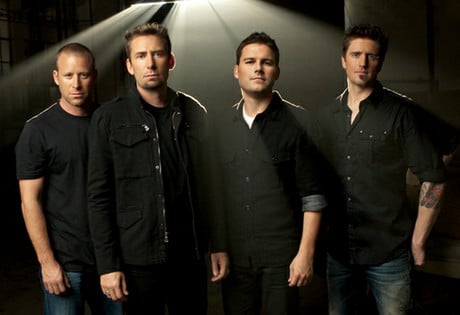 Looking to book Nickelback entertainment for a wedding anywhere worldwide?

WeddingEntertainment.com makes it easy and trouble-free to check availability and pricing for booking Nickelback or any act in the business for your wedding. If we don't book an act for you, our service is free. For over 26 years we have booked and produced thousands of events for our clients worldwide. We can also handle everything necessary to produce the show for one all-inclusive price so there are no surprises. Simply fill out an entertainment request form and a booking agent will contact you to discuss the possibility of booking entertainment for your wedding.

The rock band Nickelback was created in the mid 1990’s in Canada, by founding member Chad Kroeger. Nickelback recorded and self-released their debut album, Curb, in 1996. By 1999, the band had signed with EMI Records and within a year, Nickelback’s major label debut, The State, was released also. The album rose to the top of the charts, spawning four top-charting singles as well: “Breathe,” “Old Enough,” “Leader of Men,” and “Worthy To Say.” Eventually, The State reached platinum status and set the stage for Nickelback’s follow-up albums.

Since that time, Nickelback has released the albums: Silver Side Up (2001), The Long Road (2003), All the Right Reasons (2005),Dark Horse (2008), and Here and Now (2011.) The albums gave audiences the top ten hits “How You Remind Me,” “Too Bad,” “Never Again,” “Someday,” “Figured You Out,” “Feelin’ Way Too Damn Good,” “Because of You,” “Photograph,” “Animals,” “Savin’ Me,” “Far Away,” “Rockstar,” “Gotta Be Somebody,” “Burn It to the Ground,” “Bottoms Up,” and “This Means War.” During this time, Nickelback rose to become one of the most successful Canadian rock bands, racking up nearly eighty industry award nominations with more than thirty wins, and selling more than fifty albums worldwide.

Nickelback continues to record, perform, and tour, with the current lineup of Kroeger, Mike Kroeger, Ryan Peake, and Daniel Adair. The band is currently planning for another album release and additional performances in the near future.