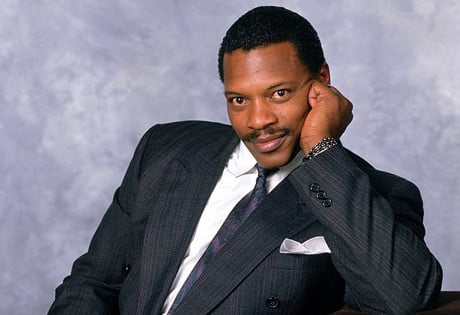 WeddingEntertainment.com makes it easy and trouble-free to check availability and pricing for booking Alexander O'Neal or any act in the business for your wedding. If we don't book an act for you, our service is free. For over 26 years we have booked and produced thousands of events for our clients worldwide. We can also handle everything necessary to produce the show for one all-inclusive price so there are no surprises. Simply fill out an entertainment request form and a booking agent will contact you to discuss the possibility of booking entertainment for your wedding.

The American R&B singer Alexander O’Neal was born in 1953 in Mississippi. After completing his studies at Alcorn State University, O’Neal moved to Minneapolis and within a few years he’d begun the full-time pursuit of a career in music.

After joining first the local cover band the Mystics, Alexander joined Enterprise, and then the band Flyte Tyme, which switched its name to the Time before garnering the interest of megastar Prince and singing a record deal with Warner Bros. Sadly, O’Neal and Prince did not see creatively eye to eye, and so Alexander left the Time, which forged forward with new front man Morris Day. O’Neal regrouped and signed with Tabu Records as a solo artist before releasing his debut album, Alexander O’Neal, in 1985.

The album was a hit, spawning the singles “Innocent,” “If You Were Here Tonight,” and “A Broken Heart Can Mend.” A duet with the artist Cherrelle, “Saturday Love,” also rose to the top of both the R&B and mainstream charts, further bolstering O’Neal’s popularity and establishing him as one of the period’s most successful R&B performers.

Since his debut, O’Neal has released the additional albums: Hearsay, My Gift to You, All True Man, Love Makes No Sense, Lovers Again, Saga of a Married Man, and Alex Loves. The albums spawned the additional R&B hits “What’s Missing,” “Fake,” “Criticize,” “Never Knew Love Like This” (again with Cherrelle), “The Lovers,” “(What Can I Say) To Make You Love Me,” “All True Man,” “What Is This Thing Called Love?,” Love Makes No Sense,” “In the Middle,” and “Aphrodisia.”

Alexander O’Neal continues to perform and record, most recently releasing the album Five Questions: The New Journey. He also recently participated with his spouse in the series Wife Swap, and his career was the subject of an episode of the TV One series Unsung, which aired in 2011.