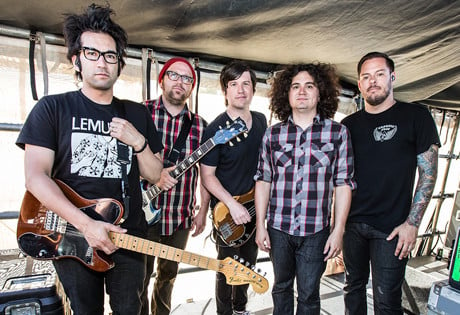 Look no further than WeddingEntertainment.com! We make it easy and stress-free to check availability and pricing for booking Musiq Soulchild or any other act in the business. With over 26 years of experience in the industry, we have booked and produced thousands of events for clients worldwide.

The R&B/soul performer known as Musiq Soulchild was born Taalib Johnson in Philadelphia, Pennsylvania, in 1977. Taalib grew up in an area heavily influenced by crime, although he found solace in his love of rap and R&B. After leaving school at the age of seventeen, Taalib began to develop a reputation for his musical talents, especially after he began to appear on the open mic circuit in the Philadelphia area. After adopting the moniker Musiq, which eventually became Musiq Soulchild, he recorded and released his debut album, Aijuswanaseing, in 2000.

The album rose to the top of both the mainstream and the R&B charts and spawned the singles: “Just Friends (Sunny),” “Love,” and “Girl Next Door,” which featured the performer Ayana. Musiq Soulchild followed his debut with the even more successful Juslisen, which rose to the number one spot on the charts, and then the albums: Soulstar (2003), Luvanmusiq (2007), OnMyRadio (2008), MusiqInTheMagiq (2011.) The albums gave audiences the additional hit R&B singles “Halfcrazy,” “Dontchange,” “Forthenight,” “B.U.D.D.Y.,” “Teachme,” “IfULeave,” and “SoBeautiful.” In addition, Musiq Soulchild has appeared on songs for a number of other artists, including The Roots (“Break You Off”) and Santana (“Nothing at All”), to name a few.

So far in his career, Musiq Soulchild has earned eleven Grammy nominations for his music, in addition to a BET Award, a Soul Train Award, and an ASCAP Award. He has also appeared in a number of commercial advertisements for companies such as The Gap, McDonald’s, and Nike, making his face rather recognizable to the everyday household. Most recently, Musiq Soulchild released the album 9ine, recorded with Syleena Johnson, in 2013. Musiq Soulchild has a number of projects on the horizon for the coming years, including performances and another studio album.