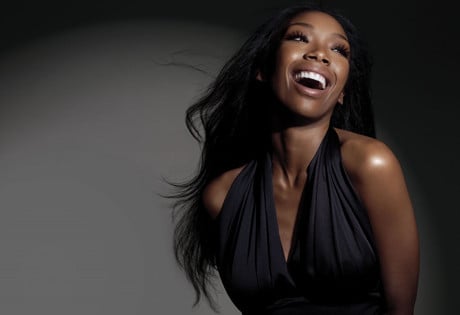 Looking to book Brandy entertainment for a wedding anywhere worldwide?

WeddingEntertainment.com makes it easy and trouble-free to check availability and pricing for booking Brandy or any act in the business for your wedding. If we don't book an act for you, our service is free. For over 26 years we have booked and produced thousands of events for our clients worldwide. We can also handle everything necessary to produce the show for one all-inclusive price so there are no surprises. Simply fill out an entertainment request form and a booking agent will contact you to discuss the possibility of booking entertainment for your wedding.

The singer and actress known as Brandy was born Brandy Rayana Norwood in 1979 in Mississippi. Brandy grew up in California and began performing when she was still a young child. Her earliest gigs were singing in the local church choir when she was as young as two, but by the time she was a teenager, she was providing backing vocals for a variety of R&B bands. Eventually, her talents helped her to land a role on the television series Thea, until her singing voice caught the attention of  Atlantic Records in 1993.

Brandy released her self-titled debut in 1994. The album was a success, selling over six million copies and spawning the singles “Baby” and “I Wanna Be Down.” Brandy’s duet with Boyz II Men member Wanya Morris, “Brokenhearted,” rose all the way to the number two spot. Later that year, Brandy was recognized with Grammy nominations for Best Female R&B Vocal Performance and Best New Artist, and she joined Boyz II Men as their opening act for their 1995 tour. Brandy’s early success set the stage for additional albums and her breakthrough acting role in the series Moesha, which lasted for six years and made Brandy a household name.

Following her auspicious debut, Brandy released the albums Never Say Never (1998), Full Moon (2002), Afrodisiac (2004), and Human (2008), featuring the hit songs “Sittin’ up in My Room,” “Missing You,” “The Boy is Mine,” “Have You Ever?,” “What About Us?” and “Another Day in Paradise,” performed alongside her brother, Ray J. During this time, Brandy also made her big screen debut in the 1998 film I Still Know What You Did Last Summer, preceded by her award-nominated role in the television update of Cinderella in 1997. Brandy also had roles on the television shows Reba, Raising Dad, American Dreams, House, One on One, and 90210. She also appeared in the reality series For the Love of Ray J (2009-2010), and Brandy & Ray J: A Family Business (2010-2011), which chronicled the family’s ups and downs in the entertainment business.

So far in her career, Brandy has won over one hundred awards from a variety of industry academies, and was among the youngest artists to ever receive the Grammy for Best New Artist. Billboard ranks her among the top artists for the decade (1990’s), and among the top fifty R&B artists of the past twenty-five years.
Brandy continues to perform and record, having released her latest album, Two Eleven, in 2012. She most recently starred in the film Temptation: Confessions of a Marriage Counselor (2013.)