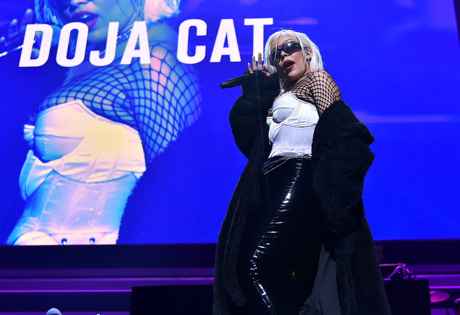 Look no further than WeddingEntertainment.com! We make it easy and stress-free to check availability and pricing for booking Doja Cat or any other act in the business. With over 26 years of experience in the industry, we have booked and produced thousands of events for clients worldwide.

Doja Cat is an American rapper and singer born Amalaratna Zandile Dlamini in 1995. She was born in Los Angeles, California, and came from a talented family. Her father was an actor and her mother was a painter, and she studied piano in middle school. Doja soon began writing her own songs and started rapping soon after. She was signed to RCA after the success of her debut single “So High,” and dropped her debut EP Purrr! in 2014. She continued to release new music to her Soundcloud account and collaborated with many artists.

In 2018, Doja dropped her debut album Amala to much critical acclaim, and it garnered millions of streams across platforms. In August of that year, she released “Mooo!,” which went viral and got attention from many of her fellow artists. In 2019, Doja released a string of successful single leading up to her new album.

Doja’s first charting single was “Candy,” which peaked at #86 on the Billboard Hot 100. It was the lead single for her debut album Amala, which peaked at #138 on the Billboard 200 and #16 on the US R&B/Hip-Hop chart. “Mooo!” is Dojo’s most viral hit, although the song itself did not chart due to its initial release as video only, although it has over 50 million views.

Doja’s second album Hot Pink received many positive reviews and had a successful single and music video for the song “Juicy” with Tyga, which peaked at #47 on the Billboard Hot 100.