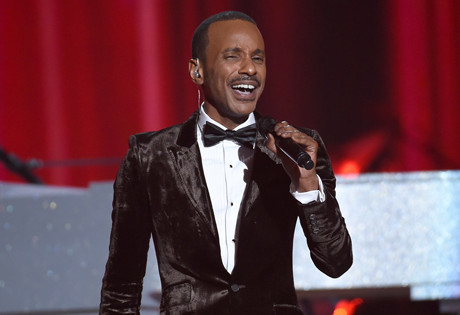 WeddingEntertainment.com makes it easy and trouble-free to check availability and pricing for booking Tevin Campbell or any act in the business for your wedding. If we don't book an act for you, our service is free. For over 26 years we have booked and produced thousands of events for our clients worldwide. We can also handle everything necessary to produce the show for one all-inclusive price so there are no surprises. Simply fill out an entertainment request form and a booking agent will contact you to discuss the possibility of booking entertainment for your wedding.

The American singer and actor Tevin Campbell was born in 1976 in Waxahachie, Texas. Young Tevin grew up singing in his local church, and by the time he was a teenager, he was performing as the church’s soloist. A videotape of one of his performances made its way to Warner Bros. in 1988, and the label signed Tevin Campbell as a solo artist.

Under the guidance of legendary producer Quincy Jones, Tevin began recording material. He released his debut single, “Tomorrow (A Better You, Better Me),” in 1989 and the song rose to the number one spot on the R&B charts. The follow-up song, “Round and Round,” performed nearly as well, reaching the number three spot, and made its way into Prince’s film Graffiti Bridge, ultimately earning Campbell his first Grammy Award nomination. On the strength of these two songs, it’s no surprise that Tevin Campbell’s debut album, T.E.V.I.N., was a smash hit upon its arrival in 1991, bringing audiences the additional chart-topping singles: “Goodbye,” “Alone with You,” and “Tell Me What You Want Me to Do.”

Campbell’s follow-up to his debut album fared even better: I’m Ready, upon its release in 1993, reached multi-platinum status and spawned the top ten hits: “Can We Talk” and “I’m Ready.” In 1996 and 1999, Tevin Campbell released two more albums: Back to the World and Tevin Campbell, but they did not fare as well as his debut and sophomore efforts. Nevertheless, between 1995 and 1999, Tevin Campbell scored a few more R&B hits with the songs: “Back to the World,” “I Got It Bad,” and “Another Way.” He also received additional Grammy nominations for Best Rhythm & Blues Vocal Performance in 1993, 1994, and 1995.

In recent years, Tevin Campbell has enjoyed a bit of a comeback, performing on the BET Awards in 2009 and on the Mo-Nique Show in 2010. In 2013, Tevin performed in New York at B.B. King’s Blues Club & Grill to favorable reviews, followed by an equally successful performance at the Essence Music Festival in New Orleans. Tevin Campbell is now considering a return to the studio to possibly work on additional, new material, for another upcoming album.