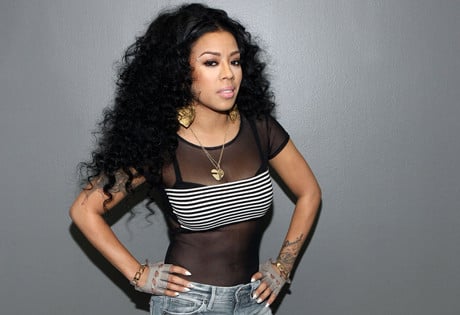 WeddingEntertainment.com makes it easy and trouble-free to check availability and pricing for booking Keyshia Cole or any act in the business for your wedding. If we don't book an act for you, our service is free. For over 26 years we have booked and produced thousands of events for our clients worldwide. We can also handle everything necessary to produce the show for one all-inclusive price so there are no surprises. Simply fill out an entertainment request form and a booking agent will contact you to discuss the possibility of booking entertainment for your wedding.

Keyshia Cole was born Keyshia Cole Gibson in 1981 in Oakland, California. Her introduction to the music industry was very early, when at the age of twelve she recorded with MC Hammer and Tupac Shakur, who took her under his wing and promised to help her start her career. His untimely death was a devastating blow to Keyshia, but a move to Los Angeles when she was eighteen introduced her to a number of other Bay Area artists, and it wasn’t long before she attracted the attention of A&M Records.

Keyshia Cole’s debut, “I Changed My Mind,” was released in 2004, just before her debut album, The Way It Is, released in 2005. The single garnered attention, but it was “(I Just Want It) To Be Over” which rocketed to the top of the charts and helped to bring the album to the Top 10 upon its release. The Way It Is eventually went platinum, and spawned the additional hit singles “I Should Have Cheated,” and “Love,” which is among Cole’s most successful singles to date. The success of Keyshia’s debut album and singles paved the way for the success of her albums since, including: Just Like You (2007), A Different Me (2008), and Calling All Hearts (2010), featuring the singles “Let It Go,” “Shoulda Let You Go,” “I Remember,” “Heaven Sent,” “Playa Cardz Right,” “You Complete Me,” and “Trust.”

For her achievements in music, Keyshia Cole has been recognized with four Grammy nominations, including Best Rap/Sung Collaboration, Best Female R&B Vocal Performance, Best Contemporary R&B Album, and Best R&B Song. Most recently, Keyshia released her latest album, Woman to Woman, in 2012, and the lead singles, “Enough of No Love” and “Trust and Believe.”