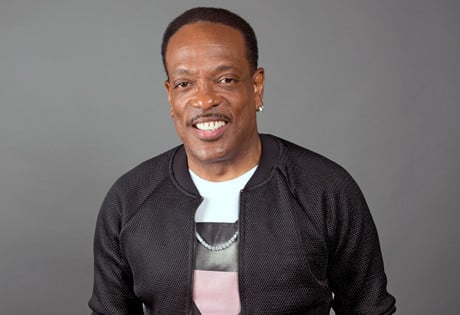 WeddingEntertainment.com makes it easy and trouble-free to check availability and pricing for booking Charlie Wilson or any act in the business for your wedding. If we don't book an act for you, our service is free. For over 26 years we have booked and produced thousands of events for our clients worldwide. We can also handle everything necessary to produce the show for one all-inclusive price so there are no surprises. Simply fill out an entertainment request form and a booking agent will contact you to discuss the possibility of booking entertainment for your wedding.

The R&B singer Charlie Wilson was born in 1953 in Tulsa, Oklahoma. Young Charlie began singing in his school choir and shortly after graduating from high school, he established the Gap Band. With the Gap Band, Charlie Wilson gave audiences some of the most iconic and memorable hits of the decade, including “Party Train,” “Outstanding,” and especially “You Dropped a Bomb on Me.”

Charlie Wilson embarked on a solo career in the early 1990’s, releasing the album You Turn My Life Around to critical acclaim and commercial success. In the new millennium, he has released the albums Bridging the Gap (2000); Charlie, Last Name Wilson (2005); Uncle Charlie (2009); and Just Charlie (2010.) The albums have spawned the R&B and Adult Contemporary hits “Without You,” “Charlie, Last Name Wilson,” “Magic,” “There Goes My Baby,” “Can’t  Live Without You,” “Life of the Party,” “My Love is All I Have,” and “You Are,” which earned Wilson two Grammy nominations for Best R&B Song and Best R&B Performance. In addition, Charlie Wilson has been nominated for Grammys for Best R&B Album, Best R&B Rap/Song Collaboration, and Best R&B Performance by a Duo or Group with Vocals (for his participation in the song “Stomp.”) IN addition, Wilson has been recognized with NAACP Image Awards, Billboard Magazine Awards, and a Soul Train Icon Award.

Most recently, Charlie Wilson collaborated with Kanye West on his 2011 album My Beautiful Dark Twisted Fantasy. Wilson released Love, Charlie, in 2013 and later that same year was recognized with the Lifetime Achievement Award at the BET Awards.