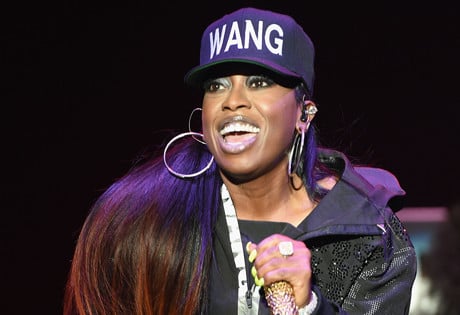 Look no further than WeddingEntertainment.com! We make it easy and stress-free to check availability and pricing for booking Missy Elliott or any other act in the business. With over 26 years of experience in the industry, we have booked and produced thousands of events for clients worldwide.

Missy Elliott was born Melissa Arnette Elliott in 1971 in Portsmouth, Virginia. Missy formed her first musical group in the early 1990’s, and the group (first called Fayze and then later Sista) caught the attention of Elektra Records. Although their debut was never released, Missy forged a songwriting relationship with Timbaland and began writing tracks for a number of notable artists, such as Aaliyah, Destiny’s Child, and Nicole Wray. At the same time, Missy contributed vocal tracks for other artists as well, and eventually she garnered her own record deal with Elektra Entertainment Group.

Supa Dupa Fly, Missy Elliott’s debut album, was released in 1997, and on the strength of the song “The Rain,” it eventually went platinum and earned Elliott a Grammy nomination for Best Rap Album. Missy’s own career as a performer began to take off, even though she continued to work as a writer and vocalist for other artists at the same time. Her follow-up album, Da Real World, was released in 1999 and was as successful as her debut.

Since then, Missy Elliott has given fans a string of albums and hit singles, including: Miss E…. So Addictive (2001), Under Construction (2002), This is Not a Test! (2003), The Cookbook (2005), “One Minute Man,” “Get Ur Freak On,” “4 My People,” “Take Away,” “Work It,” “Gossip Folks,” “Back in the Day,” “Pass that Dutch,” “I’m Really Hot,” and “Lose Control.” The Cookbook and its singles garnered critical acclaim, earning Missy Elliott multiple Grammy nominations and a nomination for a BRIT Award.

Most recently, Missy Elliot embarked on an international tour in support of the release of Block Party (2013), her latest album. She continues to write, tour, record, and perform.