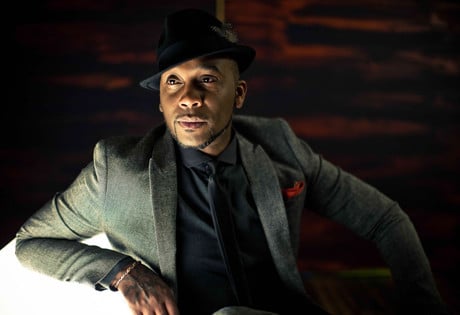 WeddingEntertainment.com makes it easy and trouble-free to check availability and pricing for booking Rahsaan Patterson or any act in the business for your wedding. If we don't book an act for you, our service is free. For over 26 years we have booked and produced thousands of events for our clients worldwide. We can also handle everything necessary to produce the show for one all-inclusive price so there are no surprises. Simply fill out an entertainment request form and a booking agent will contact you to discuss the possibility of booking entertainment for your wedding.

The American singer and actor Rahsaan Patterson rose to prominence as one of the characters on the television series Kids Incorporated in the 1980’s. After the show concluded, Rahsaan began working as a backup vocalist before garnering the interest of MCA Records, which signed him to the label in the late 1990’s.

Patterson’s self-titled debut album arrived in early 1997 and made its way through the R&B/Hip-Hop Albums charts, rising to number forty-eight. The album was positively received by critics, and spawned the singles “Where You Are” and “Stop By,” but did not achieve commercial success in the United States. However, Rahsaan’s appeal overseas began to grow, setting the stage for his follow-up album, Love In Stereo.

Love In Stereo arrived in 2001, followed by: After Hours (2004), Wines & Spirits (2007), The Ultimate Gift (2009), and Bleuphoria (2011), the most successful of Rahsaan Patterson’s albums so far. Notable singles from Patterson include: “Treat You Like a Queen,” “I’ll Go,” “Stop Breaking My Heart,” “Feels Good,” and “Easier Said Than Done.” Rahsaan Patterson has also collaborated with a number of other artists, including: DJ Peril (on “Rock Ya Baby”); Ledisi (on “We Are One”); and Angela Johnson (on “Dream Flight.”)

Rahsaan Patterson continues to perform and record. He most recently contributed vocals to Sy Smith’s single “Nights (Feel Like Getting’ Down),” and he is expected to return to the studio to prepare another album in the coming years.