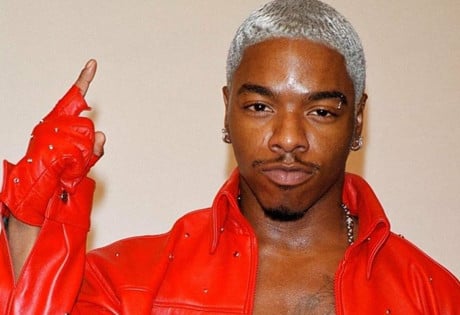 Looking to book Sisqo entertainment for a wedding anywhere worldwide?

Look no further than WeddingEntertainment.com! We make it easy and stress-free to check availability and pricing for booking Sisqo or any other act in the business. With over 26 years of experience in the industry, we have booked and produced thousands of events for clients worldwide.

The R&B performer and producer known as Sisqo was born Mark Althavean Andrews in 1978 in Baltimore, Maryland. Young Sisqo rose to fame first as a member of the group Dru Hill, which signed to Island Records in 1996, but he became best known for his smash hit, “Thong Song,” in 2000. But within a few years, Sisqo had embarked on a side career as a solo artist, releasing the album Unleash the Dragon on the Def Soul Records label.

The album was a moderate success, until “Thong Song” was released. The smash hit rose to the top of the R&B, hip-hop, and mainstream charts and established Sisqo as one of the new millennium’s most interesting up and coming artists. Unleash the Dragon also rose into the top ten on the US, R&B, and Canadian charts, and spawned the additional singles: “Got to Get It,” “Incomplete,” and “Dance for Me.” The album earned Sisqo nominations for American Music Awards (in the categories of Favorite Male R&B/Solo Artist and Favorite R&B/Soul Album); and Grammy Award nominations for Best New Artist, Best R&B Song, and Best R&B Album. Sisqo also won five Billboard Music Awards that year for the album, the single, and as R&B Hip-Hop Artist of The Year.

Unleash the Dragon was followed by Return of Dragon (2001), which didn’t include any notable singles, but during this time Sisqo also appeared on the DMX song “What These Bitches Want,” and on Lil’ Kim’s song “How Many Licks?” After Return of Dragon, Sisqo launched an acting career, appearing in the films: Get Over It (2001), Snow Dogs (2002), Pieces of April (2003), and Surf School (2006.) He also made appearances on the television show Sabrina the Teenage Witch in 2001.

Although Sisqo had not released any new albums after Return of Dragon, in 2014 he surprised the music world with a release of Last Dragon. Sisqo recently resumed touring and performing as a solo artist, and also as a continuing member of Dru Hill.