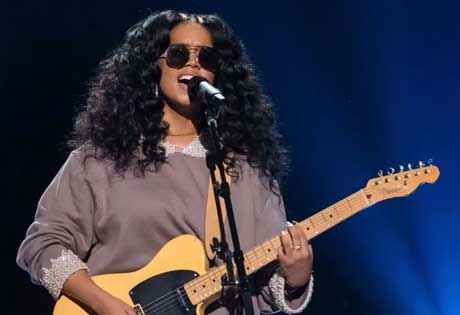 Looking to book H.E.R. entertainment for a wedding anywhere worldwide?

Look no further than WeddingEntertainment.com! We make it easy and stress-free to check availability and pricing for booking H.E.R. or any other act in the business. With over 26 years of experience in the industry, we have booked and produced thousands of events for clients worldwide.

H.E.R. was born Gabriella Wilson in 1997 in Vallejo, California. She was raised by an African-American dad and a Filipina mom along with her younger sister. She was a child prodigy and was seen playing piano on the Today Show and competing in Radio Disney’s The Next BIG Thing in 2009. This quickly led to her signing a rec old deal with RCA at just 14 and releasing her debut single “Something to Prove” under her legal name in 2014.

In 2016, she rebranded herself under the H.E.R. (Having Everything Revealed) persona and released her debut EP H.E.R. Vol. 1. She soon found her music being supported by current and old R&B legends, including Usher, Wyclef Jean, Alicia Keys, and Rihanna. It soon spread to non-musicians including television shows such as “Insecure” and “Empire”, as well as the Jenner sisters. The NPR, Rolling Stone, and Forbes included her name in prominent year-end lists in 2017. She followed up with the new EP H.E.R. Vol. 2 dropped in the summer she embarked on her first tour, Lights On Tour. The two EPs were compiled into a compilation album H.E.R., which later went on to win the Grammy for Best R&B Album while she also was nominated for Album of the Year and Best New Artist.

H.E.R. is currently nominated for five awards at the 2020 Grammys, including Album of the Year for I Used to Know Her, and Song of the Year for “Hard Place.” She participated in the Rock in Rio festival among headliners Drake, Foo Fighters, and the Red Hot Chili Peppers.