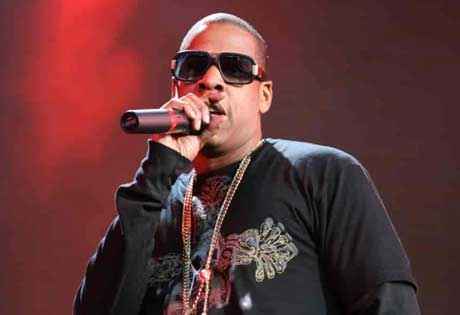 WeddingEntertainment.com makes it easy and trouble-free to check availability and pricing for booking Jay Z or any act in the business for your wedding. If we don't book an act for you, our service is free. For over 26 years we have booked and produced thousands of events for our clients worldwide. We can also handle everything necessary to produce the show for one all-inclusive price so there are no surprises. Simply fill out an entertainment request form and a booking agent will contact you to discuss the possibility of booking entertainment for your wedding.

The American rapper and businessman known as Jay Z was born Shawn Corey Carter in 1969 in Brooklyn, New York. Jay Z and his siblings were raised by his mother after his father abandoned the family when the children were very young. As a teenager, Jay Z attended high school with legendary rappers Busta Rhymes and The Notorious B.I.G, but he failed to graduate, instead spending his time writing music.

Alongside Kareem Biggs and Damon Dash, Jay Z established his own record label, Roc-A-Fella Records, in 1995. In the following year, Jay Z released his debut album, Reasonable Doubt, which earned him critical acclaim and impressive commercial success for a debut; the album rose to the number twenty-three spot on the mainstream charts and earned Jay Z a distribution deal with Def Jam Records in 1997.

Jay Z’s sophomore effort, In My Lifetime, Vol. 1, fared better than his debut, but it was the album Vol. 2… Hard Knock Life that would become Jay Z’s biggest breakthrough. The album spawned the hit single “Hard Knock Life (Ghetto Anthem),” and reached multi-platinum status in the United States. Ultimately, Vol. 2… Hard Knock Life went on to earn Jay Z his first Grammy Award, the first of many which would come over the years following.

Since that time, Jay Z has gone on to release another dozen or so albums of his own, but he has become just as well known for his production contributions in recent years. Notable singles from Jay Z include: “Jigga My Nigga,” “I Just Wanna Love U (Give It 2 Me),” “Izzo (H.O.V.A.),” “Girls, Girls, Girls,” “Run This Town” (featuring Kanye West and Rhianna), “Empire State of Mind” (featuring Alicia Keys), “Holy Grail” (featuring Justin Timberlake), and “Excuse Me Miss” and “Changes Clothes” (both featuring Pharrell.)

Today, Jay Z is one of the wealthiest and most successful hip-hop artists of the era. He currently holds the record for his thirteen number one albums, and is the recipient of more than twenty Grammy Awards (with more than one hundred seventy-five industry nominations overall so far.) In addition to his work in music, Jay Z is the founder and owner of the entertainment company Roc Nation which includes the companies Rocawear and Rock Nation Sports.