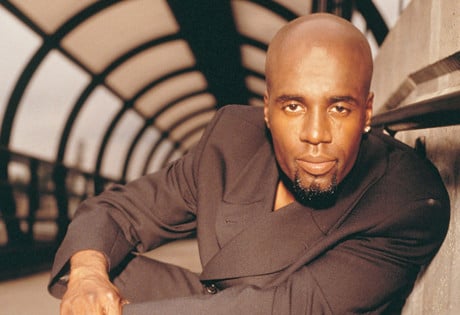 Look no further than WeddingEntertainment.com! We make it easy and stress-free to check availability and pricing for booking Aaron Hall or any other act in the business. With over 26 years of experience in the industry, we have booked and produced thousands of events for clients worldwide.

The R&B singer Aaron Hall was born in 1964 in New York. Young Aaron grew up in New York’s Brooklyn area, and began singing in the church choir when he was a young man. His first professional gig was with Hezekiah Walker’s Love Fellowship Choir, but Hall rose to fame as a member of the group Guy, which he founded in the 1980’s.

With Guy, Aaron Hall gave audiences hits such as “Groove Me,” “Piece of My Love,” “I Like,” “Do Me Right,” and “Let’s Chill.” Guy also provided tracks for the film Boomerang (1992), and collaborated with a number of artists on various projects. But by the early 1990’s, Aaron Hall was eager to pursue a career as a solo artist, and so he released the song “Don’t Be Afraid,” which shot to the top of the R&B charts and into the top forty on the mainstream charts. Aaron’s debut alum, The Truth followed in 1993, featuring the R&B hits “Get a Little Freaky with Me,” “Let’s Make Love,” “I Miss You,” and “When You Need Me.” The albums Inside of You (1998) and Adults Only: The Final Album (2005) followed, featuring the songs: “Curiosity,” “Scent of Attraction,” “Toss it Up,” “All the Places (I Will Kiss You),” and “Why You Tryin’ to Play Me.”

In addition to his own solo work, Aaron Hall collaborated with Jewel for the song “Gonna Give it to Ya” for the soundtrack to Above the Rim (1994), and he worked on a number of projects with other R&B singers, such as R. Kelly and Damion Hall, with whom he recorded the song “U Will Know” for the film Jason’s Lyric. Aaron Hall continues to perform, record, and contribute to the works of other R&B artists.