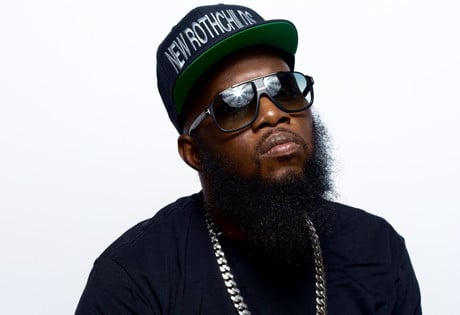 Looking to book Freeway entertainment for a wedding anywhere worldwide?

WeddingEntertainment.com makes it easy and trouble-free to check availability and pricing for booking Freeway or any act in the business for your wedding. If we don't book an act for you, our service is free. For over 26 years we have booked and produced thousands of events for our clients worldwide. We can also handle everything necessary to produce the show for one all-inclusive price so there are no surprises. Simply fill out an entertainment request form and a booking agent will contact you to discuss the possibility of booking entertainment for your wedding.

The hip hop artist known as Freeway was born Leslie Edward Pridgen in 1979 in the Philadephia area of Pennsylvania. While growing up, Freeway frequently participated in local area “freestyle” battles, where he met a number of other up and coming rappers. After initially signing with Roc-A-Fella Records, Freeway’s talents caught the attention of Jay-Z, who first invited him to collaborate on the song “1-900-Hustler,” and then signed him to Def Jam Records.

After signing with Def Jam, Freeway released the album Philadelphia Freeway in 2003. The album boasted production work by Just Blaze and Kayne West, and featured Freeway’s breakthrough hits, “What We Do” (featuring Jay-Z and Beanie Sigel) and “Flipside” (featuring Peedi Crakk), which rose into the top forty on the R&B charts. Freeway followed the success of Philadelphia Freeway with Free At Last (2007) and Philadelphia Freeway 2 (2009), featuring the songs “Finally Free,” “Lights Get Low,” and “Roc-A-Fella Billionaires,” the latter of which featured a contribution by Jay-Z.

Over the years, Freeway has become known not only for his solo work, but for his collaborative projects with other artists, most notably State Property. With State Property, Freeway recorded the albums State Property OST (2002) and The Chain Gang Vol. 2 (2003), giving audiences the top ten rap hit “Roc the Mic.” The album The Stimulus Package (2010), recorded with Jake One, gave audiences the singles “You Know What I Mean” and “She Makes Me Feel Alright.”

Freeway has also appeared as a guest artist on dozens of other singles, including: “You Got Me” (with Mariah Carey and Jay-Z); “Two Words” (with Kanye West and Mos Def); “State to State” (with Paul Wall); and “What You Want” (with LL Cool J), to name a few. Freeway continues to perform and record; his most recent album, Diamond in the Ruff, was released in 2012 and featured the singles “Beautiful Music,” “Escalators,” and “Jungle.”