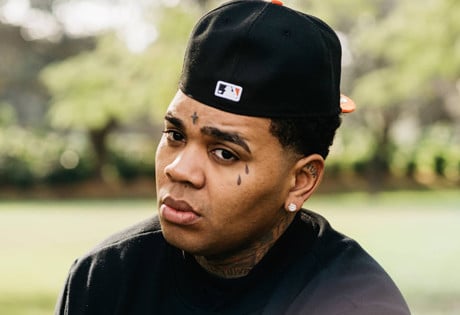 Look no further than WeddingEntertainment.com! We make it easy and stress-free to check availability and pricing for booking Kevin Gates or any other act in the business. With over 26 years of experience in the industry, we have booked and produced thousands of events for clients worldwide.

The American rapper known as Kevin Gates was born Kevin Jerome Gilyard in 1986 in New Orleans, Louisiana. Kevin had a rather unstable upbringing, with frequent brushes with the law beginning in his early teens. In the mid 2000’s, Gates began to collaborate with other Louisiana-based musicians to craft his debut mixtape, Pick of Da Litter, which arrived in 2007. The mixtape and its follow-up, All or Nuthin’, seemed to set the stage for a career on the rise, but Kevin’s progress was interrupted by a number of incarcerations between 2008 and 2011.

Kevin made the most of his time while in prison, earning a Masters Degree in Psychology and setting his life back on track. After an early release for good behavior, Gates vowed to return to music and redirect his life in a more positive direction, and he stuck to his goal. In 2012, Kevin Gates resurfaced with the mixtape Make ‘Em Believe, which garnered attention from Young Money Entertainment. After signing with the management company, Kevin released the mixtape which would become his breakthrough, The Luca Brasi Story.

The Luca Brasi Story earned significant praise from high-profile reviewers such as Rolling Stone, which selected the song “Wylin’” as one of the best songs of 2013. The success of The Luca Brasi Story finally brought Kevin a record deal with Atlantic Records, and after signing with the label, Gates entered the studio to prepare for his major label debut album. The result was the album Islah, which was a staggering success, rising into the number five on the mainstream, hip-hop/R&B, and rap charts in the United States. The album earned critical acclaim and spawned the singles, “2 Phones,” “Really Really,” “The Truth,” “La Familia,” and “Kno One.”

Kevin Gates is currently enjoying a career on the rise, and is definitely a rap/hip-hop artist to watch in the coming years. In addition to Islah, Kevin Gates has in recent years also released the additional mixtapes: Luca Brasi 2 (2014), Murder for Hire (2015), and Murder for Hire 2 (2016.) He has also recently provided guest vocals on a number of singles by other artists, including: “She Knows” (with Young Jeezy); “Boss Shitt” (with Stevie Stone); and “I Feel Like” (with 2 Chainz.)