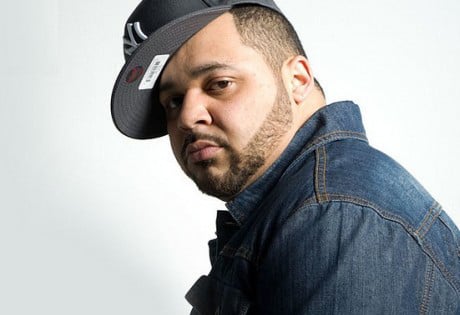 Look no further than WeddingEntertainment.com! We make it easy and stress-free to check availability and pricing for booking Joell Ortiz or any other act in the business. With over 26 years of experience in the industry, we have booked and produced thousands of events for clients worldwide.

The rapper Joell Ortiz was born in 1980 and grew up in Brooklyn, New York. Before his breakthrough in the music business as a member of the group Slaughterhouse, Ortiz initially launched a solo career as a rapper, signing with the Aftermath Entertainment label and earning accolades in the Source’s Unsigned Hype column, which praised his talents and pegged him as an artist to watch.

Joell Ortiz’s solo debut was the street album The Brick: Bodega Chronicles, which was released in 2007. Featuring guest appearance from such notable artists as Immortal Technique, Big Noyd, and Big Daddy Kane, the album garnered significant attention for Ortiz, but he chose to leave the Aftermath Entertainment label the year after the album’s release, and instead Joell focused on the production of a number of mixtapes and remixes.

Joell Ortiz also joined Slaughterhouse in 2009, alongside his fellow rappers Royce da 5’9’’, Joe Budden, and Crooked I. Slaughterhouse released their debut in 2009, followed by the Slaughterhouse EP (2011), and Welcome to: Our House (2012.) Joell Ortiz continues to perform and record. He most recently released another solo album, House Slippers, in 2014. The album features the songs “Feel So Good” and the title track, “House Slippers.”