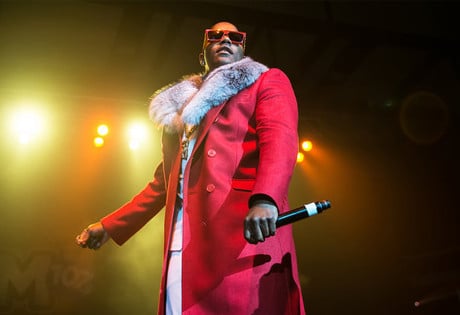 Looking to book Mase entertainment for a wedding anywhere worldwide?

Look no further than WeddingEntertainment.com! We make it easy and stress-free to check availability and pricing for booking Mase or any other act in the business. With over 26 years of experience in the industry, we have booked and produced thousands of events for clients worldwide.

The rapper known as Mase was born Mason Durell Betha in Jacksonville, Florida, but grew up in Harlem, New York. Mase initially rose to prominence in the mid 1990’s, after performing as a featured artist on a remix of the song “Only You,” recorded by 112. Mase soon gained further popularity after featuring on singles for some of R&B’s biggest stars, including Mariah Carey, Brian McKnight, and Keith Sweat. Mase’s earliest years in music helped him to grow musically and hone his talents, while also establishing relationships with fellow musicians which would last throughout his career.

By the time Mase’s debut album was released, he’d already become one of Bad Boy Record’s most successful artists, and so it was no surprise that Harlem World rose to the top of the charts.  Mase’s debut quickly reached the number one spot on both the R&B and pop charts, eventually reaching multi-platinum status. Harlem World was followed by: Double Up (1999) and Welcome Back (2004), both also successful. The three albums collectively spawned the hit R&B and/or rap singles: “Feel So Good” (with Kelly Price); “What You Want” (with Total); “Lookin’ at Me” (with Puff Daddy); “Welcome Back”; and “Breath, Stretch, Shake” (with P. Diddy.)

During this time, Mase was also a featured artist on a number of hits by other artists, most notably: “Can’t Nobody Hold Me Down” (with Puff Daddy); “Been Around the World” and “Mo Money Mo Problems” (both with Puff Daddy and The Notorious B.I.G.); “You Should Be Mine (Don’t Waste Your Time)” (with Brian McKnight); and “I Really Like It” (with Kelly Price.)

Most recently, after a decade long hiatus, Mase has returned with the album Now We Even, in 2014. Mase has plans for performances and additional projects in the next year.