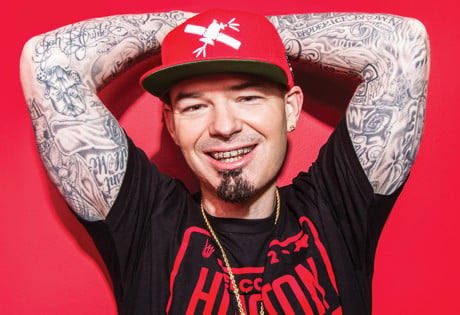 WeddingEntertainment.com makes it easy and trouble-free to check availability and pricing for booking Paul Wall or any act in the business for your wedding. If we don't book an act for you, our service is free. For over 26 years we have booked and produced thousands of events for our clients worldwide. We can also handle everything necessary to produce the show for one all-inclusive price so there are no surprises. Simply fill out an entertainment request form and a booking agent will contact you to discuss the possibility of booking entertainment for your wedding.

The American rapper known as Paul Wall was born Paul Michael Slayton in 1981. Initially, Paul Wall studied mass communications while a student at the University of Houston, and his earliest exposure to the music industry was as a promoter for such labels as No Limit Records and Def Jam Records. But a chance opportunity while doing promotions for Swishahouse Records led to his first opportunity to perform as a rap artist, changing his destiny forever.

After recording and releasing the mixtape Choppin Em Up Part 2, Wall slowly began to establish a growing fan base in the Houston area, ultimately joining Swishahouse as an artist. Paul Wall then teamed up with Chamillionaire to establish The Color Changin’ Click and released the album Get Ya Mind Correct in 2002. The album performed fairly well, but after a short while the duo parted ways and Paul Wall set his sights on a career as a solo artist.

Wall signed with Atlantic Records and released his debut album, The Peoples Champ, in 2005. The album was an enormous success, debuting at number one on the mainstream charts. The Peoples Champ spawned the hit singles “They Don’t Know,” “Sittin’ Sidewayz,” and “Girl,” the latter of which rose into the top forty on the mainstream charts. Since that time, Paul Wall has released the albums: Get Money, Stay True (2007), Fast Life (2009), Heart of a Champion (2010), and #Checkseason (2013.)

Paul Wall continues to perform, act, and record. His most recent release is the album The Po-Up Poet, which arrived in 2014.